"Free Press" finds out: No casualties among the medical staff, 10 people were taken out of the fire alive

Free Press team at the scene 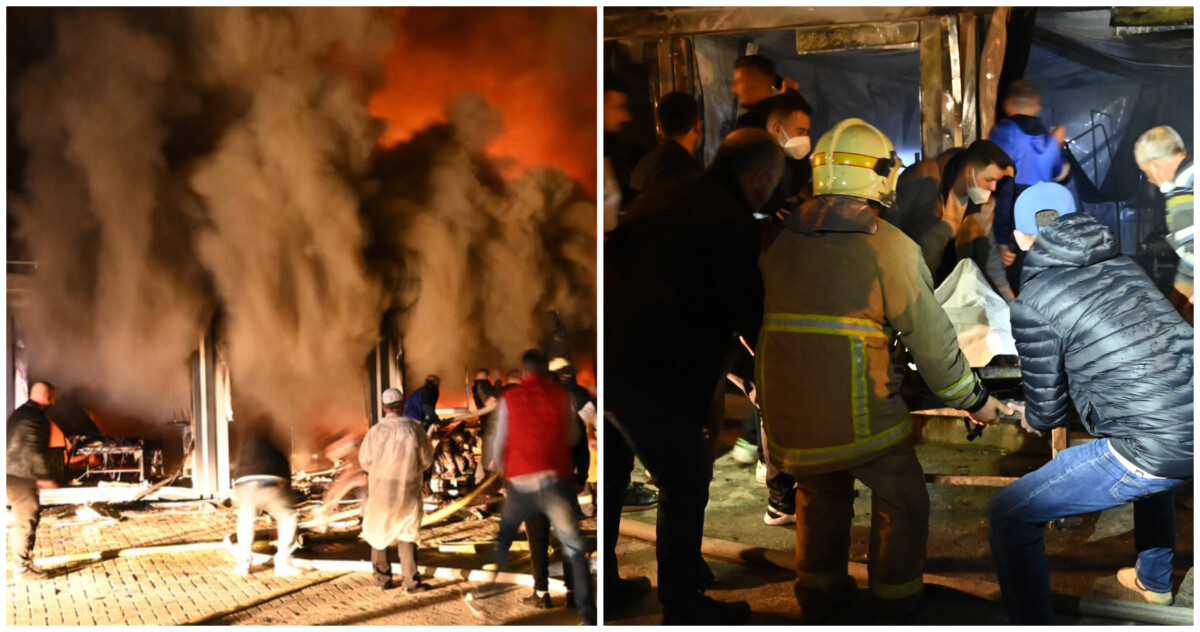 Fire in the modular hospital in Tetovo / Photo: EPA-EFE / STRINGER

The Macedonian public tonight is shocked by the news that the fire completely destroyed the modular covid hospital in Tetovo, and it was confirmed that so far 10 people have lost their lives in the tragedy.

The first call that there is a fire in the modular hospital was received at 21.02 on Wednesday, after which the fire service from the Municipality of Tetova arrived at the scene in three minutes.

Extinguishing started immediately and more firefighters were called. As confirmed by the Tetovo fire brigade, they went out on the field over 30 firefighters with 7 fire trucks.

They found an unprecedented flame, a the extinguishing lasted between 30 and 40 minutes.

"Free Press" learns from its well-informed sources that there are no medical staff among the victims who were rescued from the fire, and a dozen people were rescued alive from the burning hospital.

Ministry of Health confirmed that so far there are 10 victims in the fire in the modular hospital, but it is possible that the number of victims will be between 10 and 15 people.

The scene of the terrible tragedy is still being inspected, three prosecutors from Tetovo and two from the Skopje Public Prosecutor's Office have been hired, and members of the EBR have been deployed to secure the space until all the evidence is provided.

Tomorrow, the Council of the Municipality of Tetova will hold an extraordinary session at which a Day of Mourning is expected to be declared, and after determining the number of victims, assistance to their families will follow.

According to the initial information that "Free Press" received from the field, it is not an explosion of oxygen cylinders, because there are no cylinders in that part, but only an oxygen supply.

Mayor Arifi, visibly shaken by the tragedy tonight, said an investigation would determine the cause of the fire, which claimed at least 10 lives. She arrived at the scene 10 minutes after the fire broke out.

Unofficially, the possibility that the fire was set was not ruled out, because last week there were two obstructions in the work of the modular hospital, for which the police were alerted.

Namely, the hospital requested regular police controls, so, we find out, there was increased control by police patrols in the area around the hospital.

Some sources suspect that it is a sabotage, which is planned and performed on the biggest national holiday Independence Day, similar to August 2, when Ilinden was celebrated on Meckin Kamen, fires broke out in Kocani that seriously threatened of the city.

It remains for the investigation to determine the exact causes of the fire that killed at least 10 people, and the final balance of the tragedy will be announced at a press conference on Thursday.