Weak interest in installing photovoltaics: What is hesitating Skopjes, the expensive investment or the slow procedure? 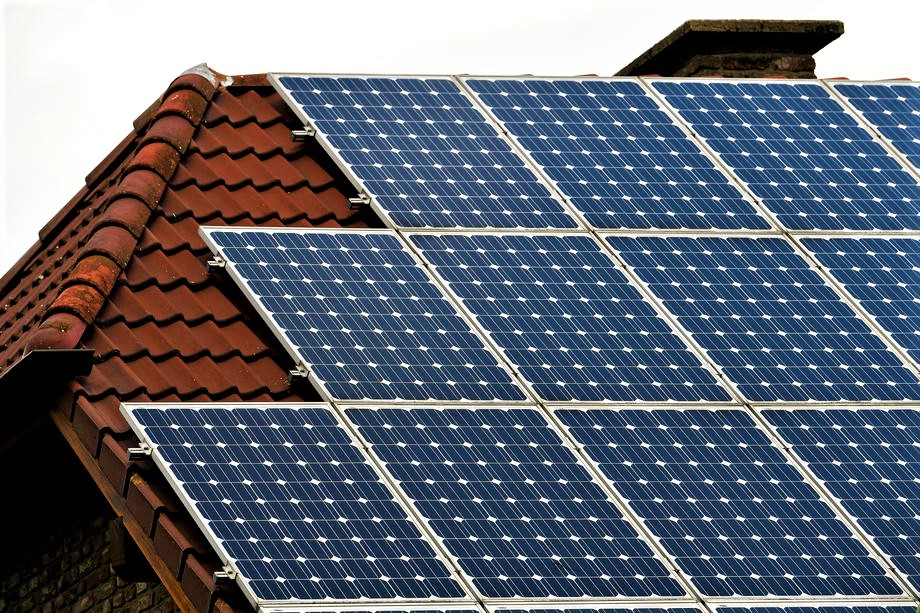 Considering the fact that the legal changes that allowed the installation of photovoltaic power plants for citizens up to 6kW were made two months ago, and several documents must be provided to request installation permission, it is possible that the number of requests will increase in the coming period .

There is no great interest of citizens in installing photovoltaics on the roofs of houses or buildings, at least according to the data from several Skopje municipalities whose obligation is to issue solutions for this purpose. For now, the requests for such permits are counted on the fingers, although in the long term, in the conditions of the energy crisis and expensive electricity, it is a question of a very profitable investment. So, for example, not a single request has been submitted in Chair municipality so far for installing photovoltaic panels in households, a six have arrived in the municipality of Centar, of which only one is from a natural person. In Kisela Voda, on the other hand, so far, as they say, only four requests have been submitted.

However, given the fact that the legal amendments that allowed the installation of photovoltaic power plants for citizens up to 6kW  were made two months ago, and in order to request permission to install equipment for the production of solar energy, several documents need to be provided, it is possible that the number of requests will increase in the coming period. Of course, the weak interest may also be due to the fact that it is a villagecapital investment, which costs at least 6000-7000 euros.

Some of the citizens who have already submitted a request say that the procedure is slow and there is a long wait for permission from the municipalities.

I have been waiting for more than a month to get that permit even though the deadline is only a few days. I don't know if there is a big surge of requests or if there is some other problem that is waiting so long – says a resident of Kisela Voda.

From Municipality of Kisela Voda explain that this matter is regulated very little by law, except that it should in within 5 days to issue the permit which, according to them, is realistically very difficult to achieve.

We have 4 cases, of which two have been resolved so far, and two are in the process stage. You can wait more than a month if the documentation is incomplete or if the building has several owners, so everyone's consent is required. However, we indicate to the applicant what he is missing, what he needs to add in order to get the permit – say from Kisela Voda Municipality, although they admit that the procedure may have slowed down a little because of the summer vacations.

Regarding whether they go out in the field to determine the condition of the building for which the owner is requesting permission to install photovoltaics, Kisela Voda explains that they do so if there is the slightest doubt that the roof would not withstand the weight of the panels, especially if it becomes a word for a very old building.

In The Law on Building in Article 73 it is stated that no building permit is required for photovoltaic panels for the production of electricity with a maximum installed capacity of up to 1MW that are installed on buildings. In the next article, however, it is specified that for the installation of the equipment, it is submitted performance request that is, setting up with the necessary documentation to the municipality, the municipality in the city of Skopje, that is, the city of Skopje, in whose area the construction should be carried out, that is, the equipment should be installed.

The competent authority from paragraphs 1 and 2 of this article adopts a decision for the construction, i.e. installation of the equipment, within five working days from the day of receipt of the request, if the submitted documentation is complete and the conditions for the construction, i.e. installation of the equipment, and otherwise makes a conclusion for the termination of the procedure with which it obliges the investor to remove the identified deficiencies within seven working days from the receipt of the conclusion. If the investor removes the identified deficiencies and completes the request within the set deadline, the competent authority is obliged to pass a decision on the execution of the construction, i.e. installation of the equipment, within three working days, otherwise it passes a decision to reject the request - is specified in Article 74 paragraph 3 of the Law on Building.

From Ministry of Economy they say Ministry of Transport and Communications is in charge of facilitating the procedures for installing photovoltaics for households in accordance with the Construction Law.

The Ministry of Economy proposed to the Ministry of Transport and Communications to make changes in the Building Law, that is, to delete the provision with which the municipality issues a solution for installing photovoltaic systems on the roof for consumer producers - the Ministry explains.

In the last year, about 5 cases have arrived at the Secondary Commission under the Ministry of Transport and Communications in connection with a decision issued for the installation of photovoltaics on individual houses by the municipality, the municipality in the city of Skopje, i.e. the city of Skopje. The Ministry of Transport and Communications has not received any reactions from legal and natural persons regarding the procedures for installing photovoltaics for individual houses - the Ministry claims.

DOCUMENTS REQUIRED FOR PERMIT FROM THE MUNICIPALITY

In Article 27a of the Rulebook on the form and content of the request, the necessary documentation and the form of the solution for the execution of the constructions, i.e. installation of the equipment that does not require a building permit, adopted by the Ministry of Transport and Communications, the documents that must be submitted to the municipality in order to issue a solution for installing photovoltaic panels on buildings are listed.

As stated in the Regulations, these are:

Andonov: On October 15, there will be heating in Skopje

The city of Skopje is planning a serious investment in atmospheric sewage, it will also be on Dimo ​​Hadji Dimov street