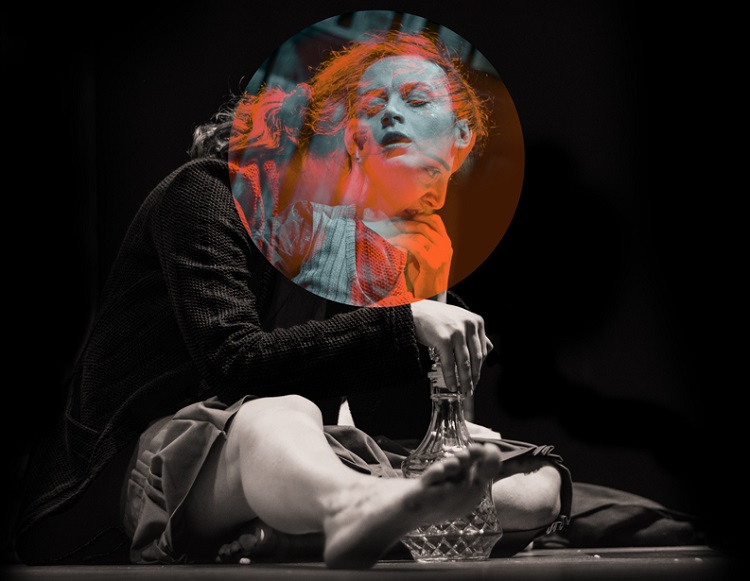 After the premiere performance on September 18 at the Sarajevo War Theater - SARTR, Sarajevo, and within the 46th ILO, on November 27, on the small stage in MNT, starting at 20 pm, in front of the Skopje audience, the play "Will not be the end of the world "by the author Adnan Lugonic, and directed by Nina Nikolic.

(The premiere of the play was scheduled for November 24, but due to the declared three-day mourning on November 23, 24 and 25 after the car accident in Bulgaria, it will be realized in the new term.)

It is a drama that deals with the destruction of intimate worlds. All three characters, Darya Rizova as Masha, the father - Sasa Handzic and Dzana Dzanic in the role of Nina, from the drama under the skin bring the doom of their own world. That is, the world they imagined for themselves, for which they fought, which they built or which they thought was waiting for them, and they only had to meet it. Gathered under the roof of the house where the collapse of their common, family world took place, they reveal their individual violations to each other.

According to the author of the text, it seems that the planet has awakened and that it returns to humanity for all its arrogance and selfishness. The phrase "end of the world" has never been more prevalent, both in the media and in everyday, casual conversations. The fear of the general collapse of the planet seems to make all those small, individual "ends of the worlds" unimportant.

The play is performed in Macedonian and Bosnian, produced by "Peripetija Produkcija" - Skopje in co-production with the Macedonian National Theater and the Sarajevo War Theater - SARTR. The costume designer Ivana Karanfilovska-Ugurovska, the set designer Angel Petrovski are the creative collaborators, the choice of music and the adaptation are by Oliver Mitkovski (the play also uses the composition "Magdalena" by Dimitar Masevski), and the Macedonian language collaborator is Jolevski Gjorgi.

The play "There Will Be No End of the World" won four awards at the last festival presentation in Bosnia and Herzegovina: a special award for directing, the award for best actress and actor, and a special award for acting. The play will have only one performance on November 27, reported Mila Andjelkovic from MNT.

A monographic presentation of the folklore festivals by Assoc. Dr. Natasha Didenko

Interview with actor Bajrush Mjaku: I am retired only in terms of monthly income

"Cultural Press" number 107 was published in the newspaper "Free Press"

Literary translation by Artconekt: A magical Swedish story with a model of reality