Skopjan for "Free Press": I bought vitamin syrup for the child in two pharmacies in Aerodrom and it did not flow, but it was "like rubber" 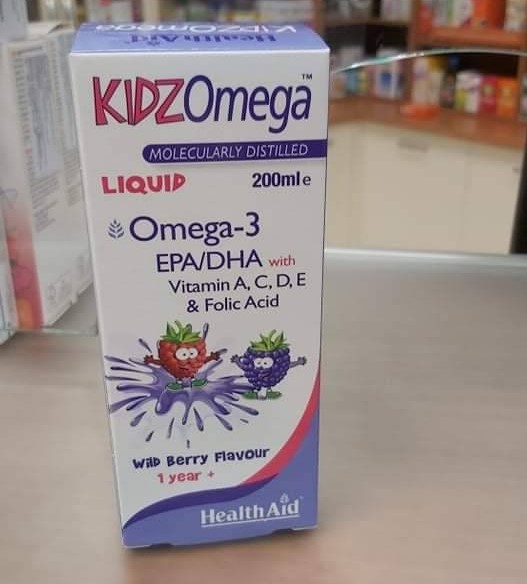 A citizen of Skopje complained to the editorial office of "Free Press" that in two pharmacies in the Skopje settlement Aerodrom he bought a syrup with vitamins for his child which was recommended by the doctor, and when he opened the bottles, the syrup was not in a liquid state, but "like rubber ”. It's about Kids Omega Syrup, which comes in a pack of 200 milliliters and costs about 1.800 denars.

- The doctor recommended this syrup for the child, he told me that it is good for immunity, especially now in the time we live in, with the circumstances of the pandemic. I first went to the pharmacy located within the polyclinic "Jane Sandanski" in Aerodrom and there I bought the syrup. When I got home, I opened it and noticed that it was not leaking, but that it was like rubber, it just could not get out of the bottle. "I took him back to the pharmacy and when they saw him as he was, they immediately returned my money," he said Н. Apostolic for "Free Press".

After leaving that pharmacy, he noticed that there was another pharmacy next to it, so he went to buy the same product from it.

- This time I opened the syrup inside the pharmacy. He was in the same condition again. And the pharmacist brought another package, it was the same. She called the representative office and was told that they knew about the problem but that they did not want to return the syrup to England, adds Apostoloski.

The pharmacist said that she would return the order to the wholesaler immediately and that she would not receive any more until the company made sure that the whole shipment was in the best order. According to what she told the child's father, maybe out of 100 bottles, only five are flawed, but she does not plan to open them one by one to make sure they are OK.

Finally, the next day, he managed to find the syrup with a shelf life until 2023 written on the package in a pharmacy in Mavrovka and this time he was in good condition.

"I am still afraid to give it to the child, considering that I do not know if it is from the same series and whether it will be withdrawn from other pharmacies," added our interlocutor.

In Agency for Drugs and Medical Devices MALMED, for "Free Press" say that, because it is a supplement or dietary supplement, and not a medicine, responsible for quality control of this product is Food Agency.

This product, according to the notes and recommendations published on the website of the manufacturer, is recommended to be stored exclusively at room temperature, especially in winter, due to possible change in consistency.