Chanting and applause: Full arena in Belgrade pays tribute to the great Duda 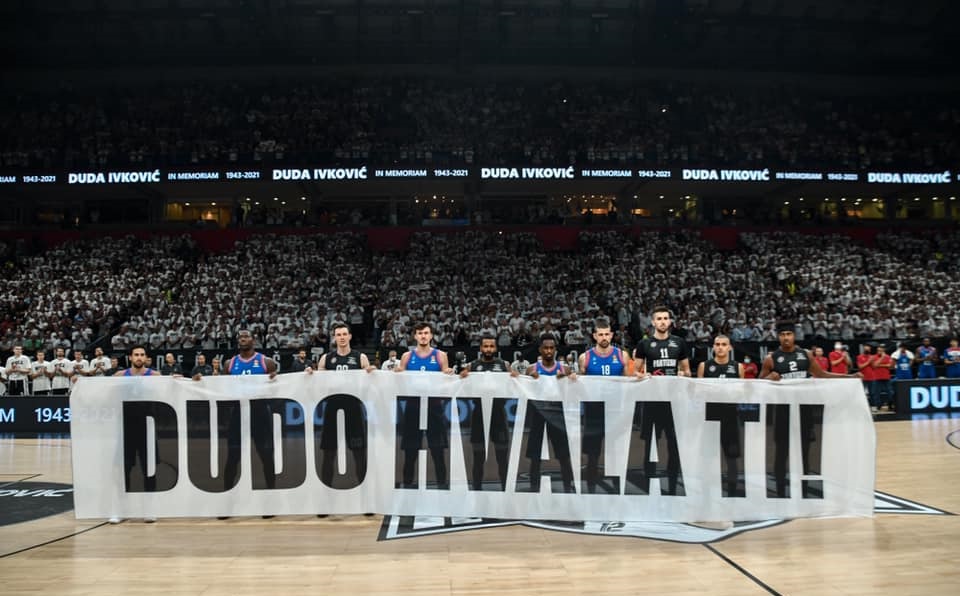 A minute of silence was observed in honor of legendary coach Dusan Duda Ivkovic who died today in Belgrade, Serbia.

Following the sad morning news of the basketball giant's death, it was decided to pay his last respects in front of the full Stark Arena in Belgrade.

Fate wanted it to happen at the very match between the clubs he led at the beginning and at the end of his professional coaching career.

On one side of the field - Partizan, where he started his senior story, on the other hand, the Turkish Anadolu Efes who led him from 2014 to 2016.

The grief flowed, many found it difficult to hide their tears. The heart of the legendary coach stopped beating in the early morning hours, exactly on the day when the last match of his playing career was planned to be played by the captain of the Belgrade "black and whites", Novica Velickovic. A tribute was observed with a minute of silence, and before and after, loud applause was heard at the mention of his name.

Duda's picture was on the screen at the top of the hall, and from the stands one could hear: "Ivkovic Dusan, Ivkovic Dusan." He resigned from his coaching career in Athens. He was welcomed today as he deserves in the largest Serbian hall.

Pero Antic said goodbye to Duda Ivkovic: Thank you for everything