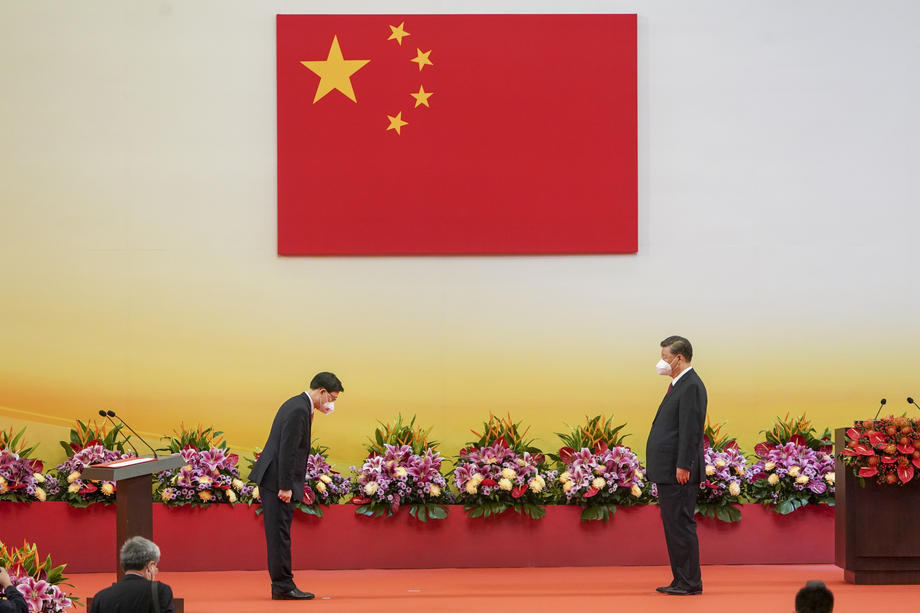 The Hong Kong lawmaker, who was photographed standing close to Chinese President Xi Jinping earlier this week, announced today that he had tested positive for Covid-19.

Steve Ho Chun-Yin noted that the test was negative on Thursday when he attended a photo shoot during a celebration marking the 25th anniversary of Britain's handover of the city to China.

The MP in question was standing one row behind Xi, the photos of the day show.

Ho said he had mild symptoms on Friday and had to be tested again. He did not attend any event to celebrate the handover anniversary that day, according to a statement on his official Facebook page.

However, the fact that someone who came into contact with Xi tested positive for the virus would be considered a setback for the Hong Kong administration, which has spent a lot of time and resources in preparation for the visit, trying to ensure the highest level of safety and health. protection.

The border between Hong Kong and mainland China remains largely closed due to the virus.

Ahead of his visit, hundreds of officials and lawmakers in Hong Kong were forced to move in a closed circle with less contact to prevent any further spread of the virus. They were only allowed to travel from home to work by private vehicle and were forced to spend the night in quarantine before the anniversary of the surrender. They were also subjected to daily testing.

Xi, whose visit to Hong Kong was his first to leave mainland China in two years since the outbreak of the pandemic, attended the anniversary events and the swearing-in ceremony of Hong Kong's new leader appointed by Beijing.

#you are jeeping #cove
Share
Video of the day

The US will begin trade negotiations with Taiwan