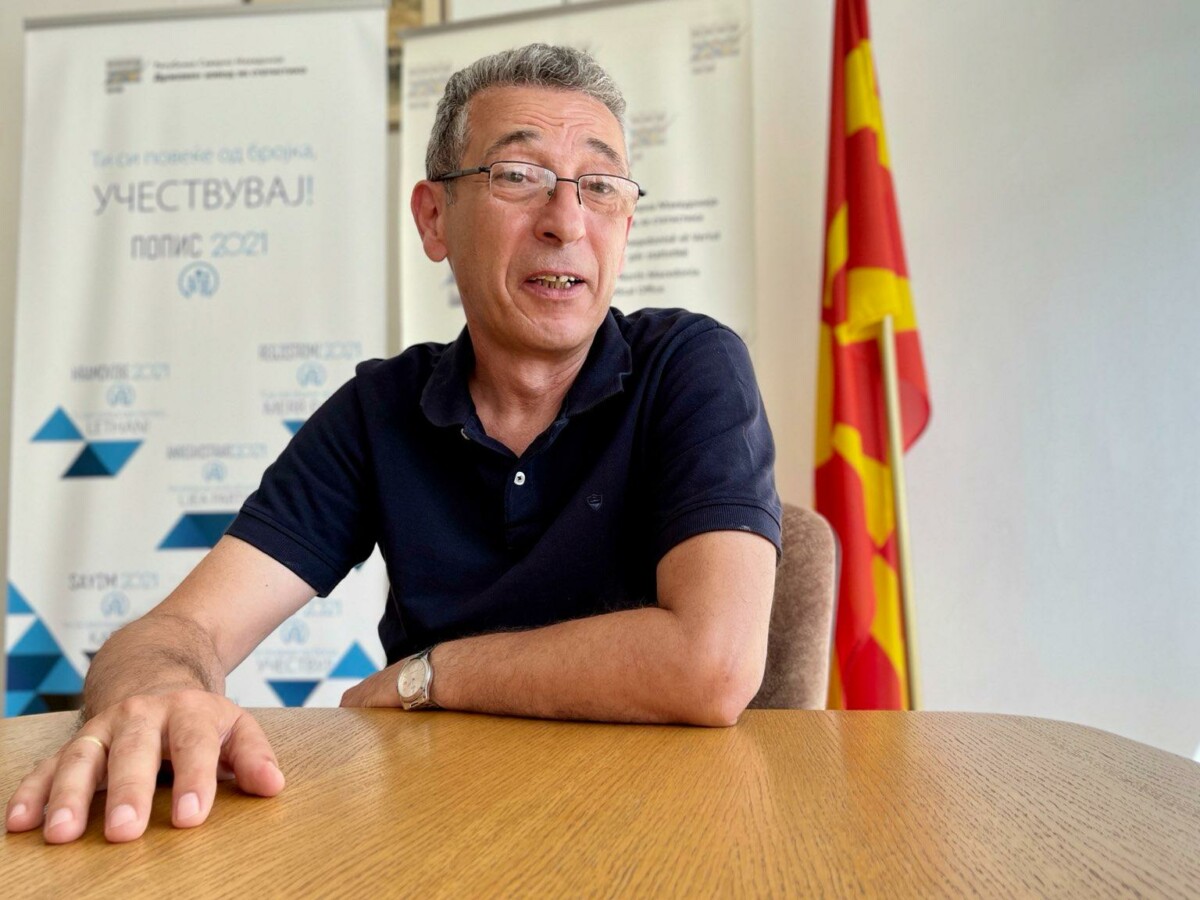 The only valid category is the resident population, and it is in accordance with all UN standards that apply to all countries in the world and has been accepted by Eurostat, says the director of the State Statistics Office. Apostle Simovski to a question from MIA, about what data should be used by the Ministry of Information Society and Administration when harmonizing the data for the "Balancer" tool.

Yesterday it was announced that the Ministry of Information Society and Administration (MIOA), according to the data from the last census, calculated that the percentage of employed Albanians in the state administration should be increased - from 24,3 to 31,5 percent, adding to the calculation the figures from the census that refer to the non-resident population residing abroad.

"We, as a country, decided to enumerate the category of non-resident population because we have a problem with emigration and that data should be used to create policies to reduce emigration and possibly return people, but they cannot be part of any other population category," said Simovski.

When asked by MIA if MIOA contacted them regarding the data from the Census, Simovski said that they were contacted last week and that they gave them an answer.

"MIOA contacted us by phone last week and we told them that the only category they should look at is the resident population," explained Simovski.

Regarding whether they were asked how to use the data on the citizens who were enumerated through the registers, Simovski said that they were given a clear answer for that as well.

"They asked and got an answer." You cannot deploy them. We don't know and there is no guessing here. "Those seven percent are undeclared and will remain in the group of others," emphasized Simovski.

Simovski also clarified that according to the Constitution, citizens have the right not to answer for ethnic affiliation.

"And in the end, according to the Constitution, you have the right not to express yourself." No one can force you to declare yourself. We have imputed the data for which there is documented information in the registers, but we are not allowed to think, let alone impute data on feeling. That is personal and absolutely forbidden," said Simovski.

MIOA told MIA yesterday that when harmonizing the data from the last Census, and in relation to employment in the public sector in accordance with the principle of fair and adequate representation that is carried out with the Methodology for planning employment in the public sector, the data were taken into account as a basis obtained from the total number of registered persons.

In 2016, the Methodology for planning employment in the public sector was adopted, according to which each institution will have to prepare an annual employment plan and implement employment procedures in accordance with the annual plan. A web tool has been developed and is available on the website https://balancer.mioa.gov.mk/ through which the distribution of the planned new employments is done electronically, according to the appropriate and fair representation.

The Chamber of Commerce: Either help from the Government or the closure of large companies due to electricity prices