A strong storm hit the cherries and peppers, the farmers uninsured 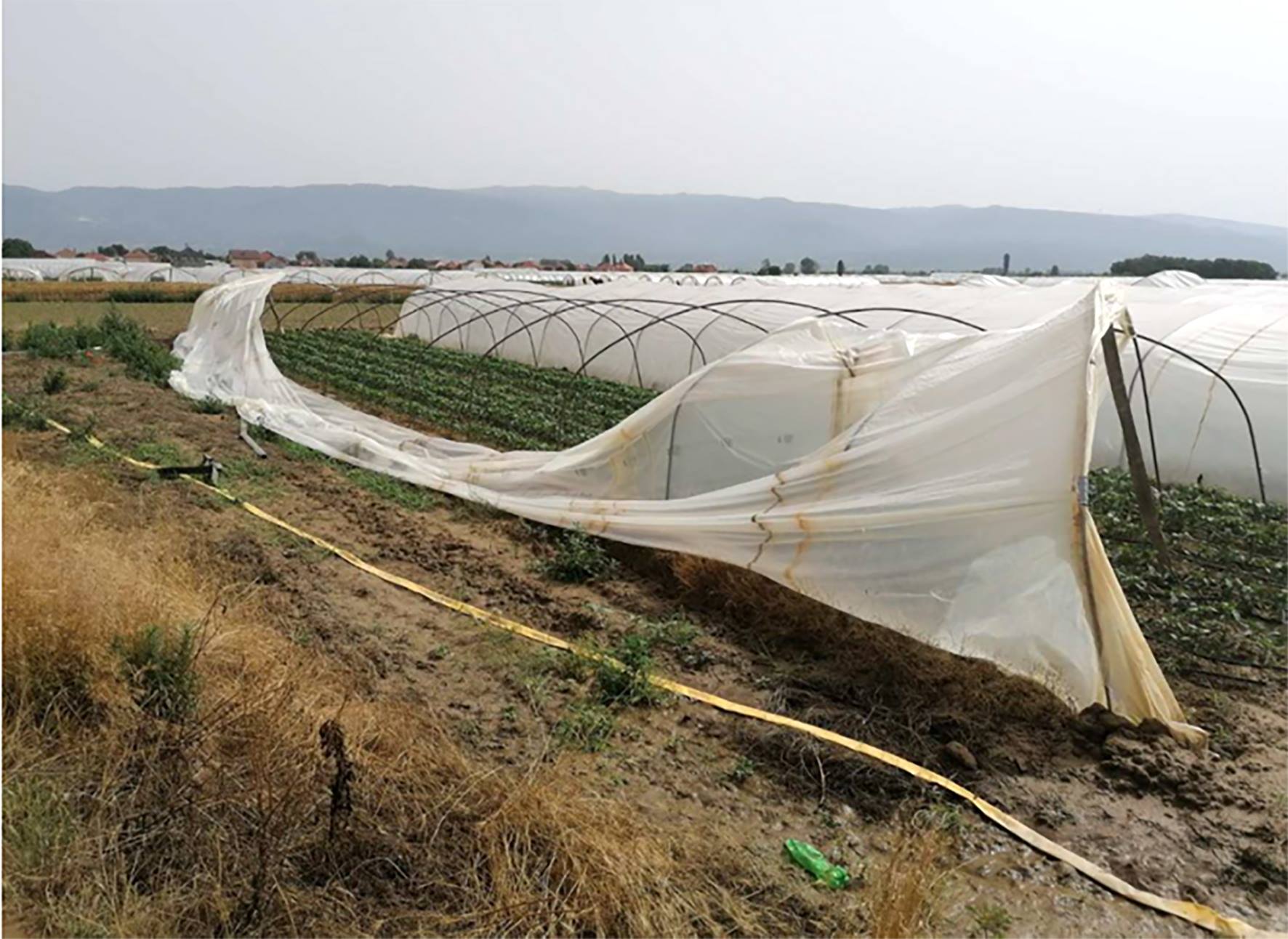 The state pays 60 percent of the cost of insurance, but even 4.000 farmers do not use this opportunity. They rely on the damages they receive from the state.

A strong hailstorm hit several regions in the country. In the Strumica region, he uprooted trees and brought greenhouses with peppers and tomatoes. The Pelagonija wheat field was whitewashed by hail, in the Kichevo region the yield of cherries and other crops ripening in this period was damaged, and in some places in the country tobacco fields were also damaged.

Aleksandar Musalevski, head of the Ministry of Agriculture, explains that the state covers 60 percent of the insurance of farmers, up to 150.000 denars, but that even this subsidy does not motivate farmers to insure.

- Farmers rely on state aid. They know that if there is a weather disaster, the municipal commission will come to make an assessment and then they will receive financial assistance from the state. But that assistance through a government commission accounts for 10 to 30 percent of the damage. They could get more money through an insurance company. On the other hand, we also receive complaints regarding the damage assessments from the insurance companies - says Musalevski.

The longtime expert in the field of agriculture, the director of "Agrotim", Lence Nikolovska, says that there are several reasons why the percentage of those agricultural producers who want to have production security is small.

- First, it is a result of the lack of information about the importance of insurance and the support of the state of 60 percent for insurance policy, then the distrust they have in insurance companies and, most of all, I think it is simpler, ie it is better for them to seek compensation from the state. This situation and this way of thinking of the farmers is not good for the state either, which annually pays up to 5 million euros for damages from weather disasters. This money can be directed to measures that would permanently solve the problems, such as hail protection networks, or be reallocated to the extent that every farmer would receive insurance with the application for subsidies. MAFWE is already working on finding a model of agricultural insurance, which will be good for both agricultural producers and the state, we will see how much and how it will work in our country, but the fact is that this problem in agricultural production should be solved, for which insurance companies and brokerage houses are also in the mood. By increasing the number of insurance policies, the price will automatically decrease and every farmer will be able to insure - estimates Nikolovska.

How to get a lower insurance price?

The executive director of "SN Insurance Broker AD Bitola" Hristo Kondovski says that the state must be an extended hand between farmers and insurance to insure as many farmers as possible. He explains that most of the insured are in high risk areas.

- The highest growth of agricultural insurance is in the Prespa region and the Pelagonija region. Insurance is currently quite expensive because in those areas where there is insurance, weather disasters often occur. The state must help diversify and then we can expect a lower price. Farmers now pay an average of 20 to 25 percent of the sum insured with a premium. This means that if the estimated value of the insured property is 1 million denars, the policy costs 250.000 denars, and 60 percent of it is covered by the state. Farmers are most protected from fire, hail, lightning and storms. It is the basic insurance, while the additional insurance that is paid additionally is flood and spring frost from April 15 to May 15. They are considered in supplementary insurance because they are very certain and have a high risk of occurring - explains the director of the brokerage company through which 80% of the agricultural insurance is performed.

Kondovski says that he is part of the working body in the Ministry of Agriculture and that currently we are working on a new model of insurance for farmers, ie mandatory insurance of all farmers who receive subsidies, and there are 60.000.

- It is a recommendation from both the World Bank and the IMF. Compensation of farmers to leave the state and go through insurance companies. It is to be welcomed that the Government covers 60% of the insurance costs - concludes Kondovski.

The State Inspectorate is working hard, but the Government is about to remove Petrovska?

Because he pointed out a mistake: Dr. Grozdanovski was fired three years before retirement!

Lesson after the fire: Municipalities can not cope with large fires on their own

Gaffe: Will the Bulgarian prime minister-designate revise the Prespa Agreement?

They took his place: Jeff Bezos is no longer the richest man in the world

MLSP: 438 unemployed persons will be covered by the measure for subsidizing salaries in the amount of 100.000.000 denars

SSHI: At a party in Prilep, all the guests were poisoned by burgers bought in the butcher shop "Charisma"

The Tokyo earthquake caused panic in the Olympic Village