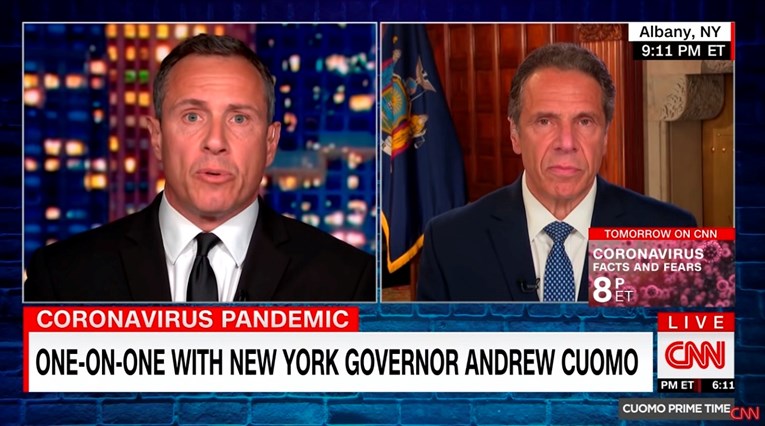 CNN reported Saturday that host Chris Cuomo had been fired following "additional information" about his efforts to help his brother, the former governor of New York. Andrew Cuom, to respond to allegations of sexual misconduct, writes the BBC.

Cuomo, who hosted CNN's most-watched news program, was suspended on Tuesday. In May, he admitted to breaking some domestic rules by advising his brother on how to deal with the allegations from a public relations perspective.

Andrew Cuomo, 63, was forced to step down as governor in August following allegations of sexual misconduct. He denied his responsibility.

"Chris Cuomo was suspended earlier this week as a result of further evaluation of new information that has come to light about his involvement in his brother's defense," the media outlet said on Saturday, without elaborating on the details.

They added that they had consulted with a reputable law firm and terminated their employment with Cuomo.

Cuomo was initially suspended after New York Attorney Leticia James leaked text and other messages in which he tried to use his own media sources to find out about his brother's case and the women involved.

According to Reuters, in journalism it is considered a violation of ethics to use one's own position to represent a personal goal or to conduct an investigation for personal reasons.

"This is not the way I wanted to end my career at CNN, but I have already told you why and how I helped my brother," the disappointed 51-year-old Kuomo wrote on Twitter.