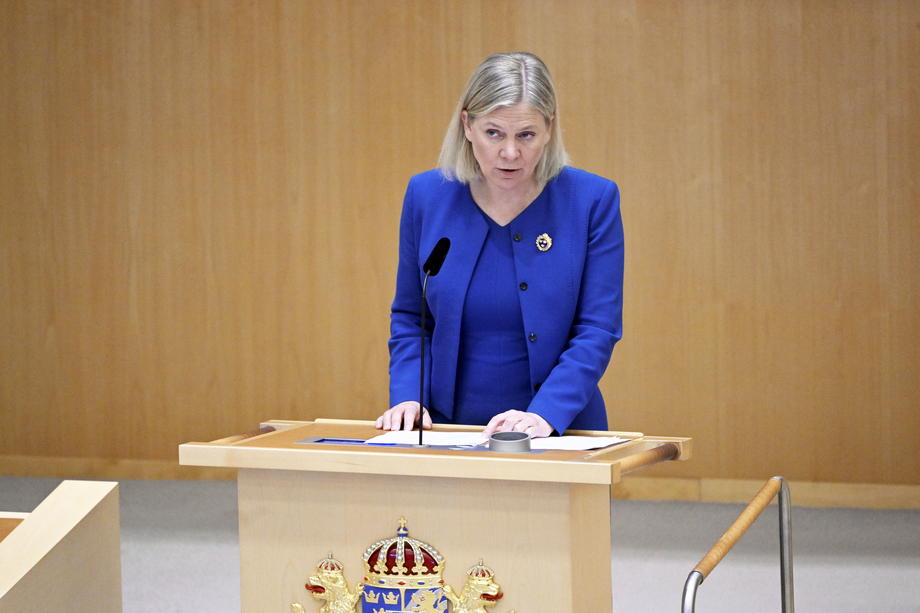 The Swedish Prime Minister Magdalena Anderson today officially announced that Sweden will join Finland in applying for NATO membership, at the time of the Russian invasion of Ukraine.

This historic change, after more than 200 years of Swedish military neutrality, is likely to provoke a backlash from the government of Russian President Vladimir Putin.

By deciding to act like neighboring Finland and apply for NATO membership, Sweden is abandoning its policy of military neutrality due to the Russian invasion of Ukraine, Swedish officials said today.

The Prime Minister Magdalena Anderson Addressing lawmakers in Stockholm, he described the decision as a "historic change in Sweden's security policy".

Anderson said the country needed "formal security guarantees with NATO membership" and added that Sweden would do the same as Finland, which announced yesterday that it would apply to join the Alliance.

She assessed that Sweden will have the best defense as a NATO member and that there is no reason to "believe that the trend (of Russian actions) will change in the foreseeable future."