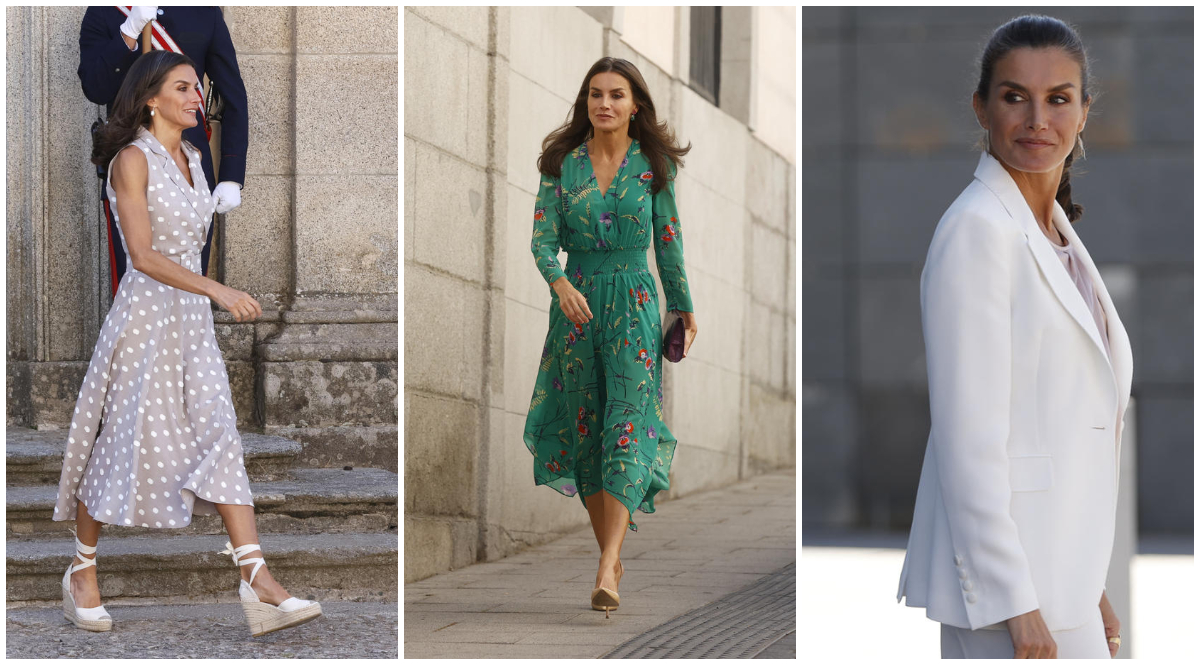 After two prearranged appearances on Queen Letizia were cancelled, it was confirmed that she is positive for coronavirus and has mild symptoms.

Just one day before being confirmed to have the coronavirus, Queen Letizia with her husband, King Felipe VI and daughters, Princess Leonor и the Infanta Sofia, arrived at the "Princess of Girona Foundation Awards", where she impressed with her fashion choice and the blue dress with an unusual neck detail.

And before the event, the royal family also participated in a workshop with the former winners of this prestigious award, none of those present wore a mask, so the possibility of spreading the infection is, of course, even greater.

As the Spanish media write, the queen had mild symptoms, and all her engagements have been canceled for the time being. By the way, Queen Letizia is not the first member of the Spanish royal family to test positive for the coronavirus. Her husband, King Felipe VI, tested positive back in February this year, but then neither Letizia nor their daughters were infected.

Three months later, in May of this year, Felipe's mother, Queen Sofia, also tested positive for the coronavirus.