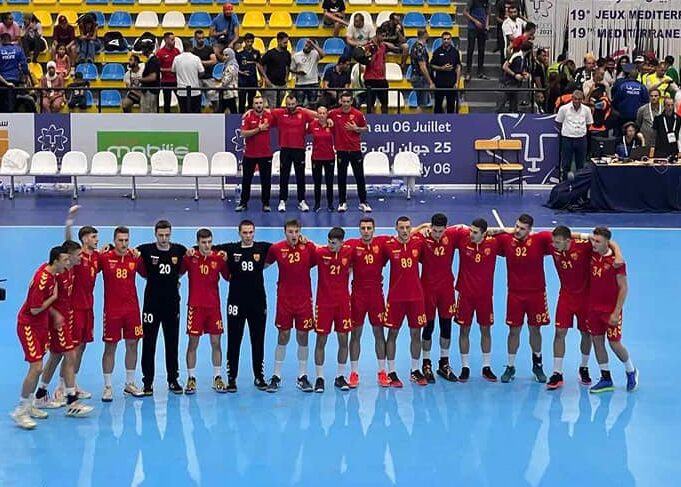 The handball national team of Macedonia will play in the semi-finals of the Mediterranean Games held in Oran, Algeria, thanks to the selection of Spain.

The team of head coach Kiril Lazarov defeated Turkey yesterday with 31:22 in their last match in group B and today they were looking forward to the match between Spain and Algeria.

Macedonia's only result from today's match was a victory for Spain and the "fury" did not disappoint us, celebrating with a convincing 31:19 and leaving us in second place in the table.

The Spaniards dominated throughout the match and the victory was not threatened at any moment, and in the end they celebrated with a convincing 12 goal difference.

Macedonia and Algeria have the same number of points, but due to a better goal difference, the team selected by head coach Kiril Lazarov will play in the semi-finals against Egypt, which was the best in group A.