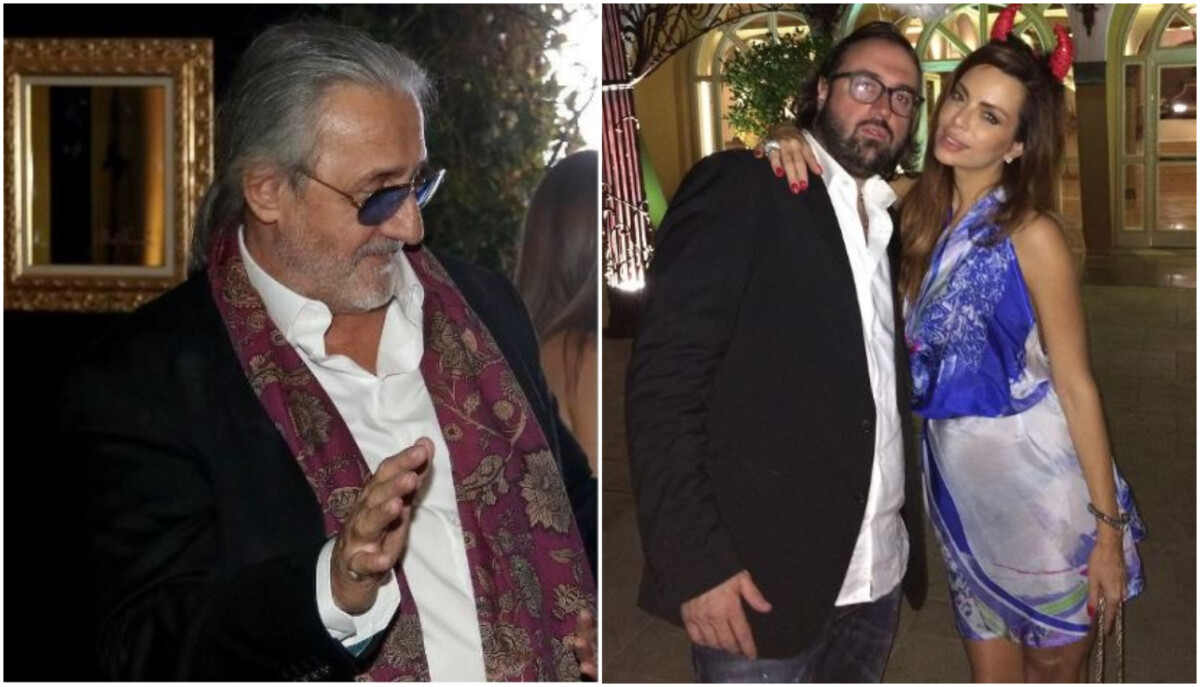 Vidoe Ristovic, the husband of Nikolin Pišek, died two months ago suddenly at the age of 43, and the circumstances under which Vidoe died are still mysterious.

The late art historian father, Viktor Ristovi,, he has been at "war" with his daughter-in-law ever since. He now for Serbian "Hello" made shocking accusations against his daughter-in-law Nikolina Pišek Ristović. After Nikolina came forward yesterday and said she was not allowed to say what Vidoe would do about his father's actions, Viktor spoke to Serbian journalists and accused his daughter-in-law of being responsible for his son's death.

"Nikolina killed my son!" She wanted houses, trips, swimming pools, bars, companies... She spent abnormal amounts. Widøe educated her daughter from her first marriage in London and financed her expenses. I don't know what kind of property she wants, Vidoe was rich, but it's my money, she must be aware that I won't give her anything, and if I start revealing everything I know about her, she will be arrested," Ristovic told Alo.

"Nikolina was with Vidoe only for money, the two did not sleep together for more than two years. He would come to Zagreb, bring her the money she asked for, and then go to sleep in a hotel. That woman was insatiable, she was looking for an apartment in London, her dogs were getting manicures, she was constantly starting some businesses, they traveled halfway around the world together. When she didn't know what to do with the money, she threw it away, during her marriage she spent millions of euros on him. I never said a word to my son, I just wanted him to be happy, even though I was aware of everything. However, I no longer have a child due to her fault and I don't want to be silent," he added.

"I claim that this woman killed my child, solely because of her whims he died at 43 years old. I have evidence for everything I say. After meeting Nikolina, Vidoe kept diaries. Five huge diaries are in my possession, they are locked in the safe, and she is desperately trying to get to them. She wants me to give her all of Vidoe's papers, phones and one of her planners that I have with me. Here it is written with whom, when and where she was. You can assume that, of course, Vidoe is not in those plans. It could be made into a serious book, but I don't plan to publish that evidence yet. My son hasn't even cooled down, it's too early," adds Viktor, better known as Misha Groff.

"I adore my nieces. Una is a beautiful girl, I don't know how she managed to be like that from such an evil mother. She is still very young, she is not aware of everything. I can say that she will be insured for the rest of her life, she will not lack anything, but Nikolina will not receive a single dinar from me," concluded Ristovic.

"How dangerous and evil the woman is, the fact that I have evidence that many of her close people ran away from her to save their lives also speaks for itself. She would be the manager of Jasenovac, believe me. Look, how evil she is. I have never seen her smile in my life, and now that my son is dead, she poses smiling," he said.

After Misha Grof made the shocking accusations against Nikolina, the host announced on her Instagram.

"Even prison would be heaven compared to this." #samodokazi", Nikolina wrote and added an emoticon crying with laughter.

Nikolina Pisek finally commented on the speculations about her husband's death: Here is what she said…

Anne Hatch's family after the car accident: We don't expect her to survive, she will donate her organs