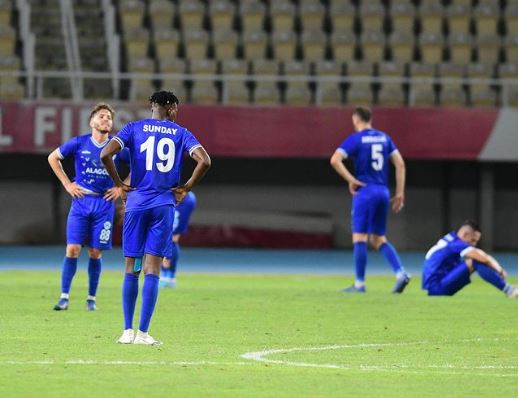 Chaircani continued the series of defeats on the European football scene/Photo: FC Shkupi

The Macedonian football champion Shkupi failed to secure a place in the play-offs for placement in the Europa League after losing to Shamrock Rovers in the second leg of the third qualifying round, this time with 1:2 at the National Arena "Todor Proeski".

Skupy will have another chance to secure a place in the European Cups, they will play in the play-offs for placing in the group stage in the Conference League.

The players of Shkupi tonight failed to make up for the deficit of two goals (1:3) from the first game and lost again to the Irish champion.

The first half ended without goals, thanks to the goalkeeper of the Macedonian team, Kristijan Naumovski, who had three interventions with which he saved certain goals, and Shamrock failed to crown the better game with a goal.

In the second half, coach Gotse Sedloski made three changes and Shkupi went offensive, dominated the field, but failed to crown the better game with a goal, on the contrary, he took the ball out of his own net. In the 65th minute, after a counterattack, Gaffni shot from about 20 meters, and the ball hit Abdullah and eventually ended up in Naumovski's net.

The players of Shkupi tried to return to the game, Trapanovski, Kueven. Alvarez failed to score, after which the penalty arrived in the 85th minute through Emaku, which solved the dilemmas about the winner and the traveler in the play-offs in the Europa League.

In extra time, Shkupi through Adetunji managed to score a goal and alleviate the defeat.
In the play-offs for placement in the Conference League, Skupy will play the best of the duel between Kosovo's Balkans and Klaxvik from the Faroe Islands.