Shilegov: The process of consolidation of my support for mayor of Skopje begins 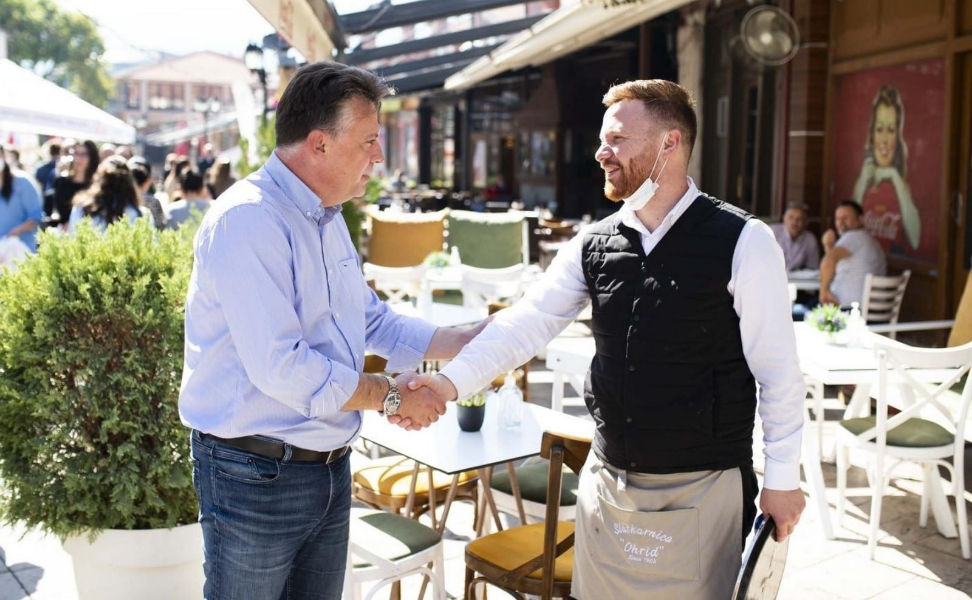 He says that with most of the candidates for mayor of Skopje they had similar projects and thoughts on how the city should continue to develop.

- I believe that you, the citizens who supported them in the first round, support the policy of progress and development that we have been implementing for four years, said Shilegov, calling on all those who decided in the first round not to go to the polls for any reason, to come out on October 31 and vote for the prosperity of Skopje.

Skopje, as Shilegov emphasized, must remain a city of the citizens in which they decide. He added that with the unification of all democratic forces, Skopje will grow into a single coalition with citizens who will participate in all important projects through the system of direct democracy.

- I extend my hand to all citizens, political parties, organizations who believe that Skopje must continue to develop and that what we started we should finish. Skopje must remain a city of citizens in which the citizens decide and Skopje must not go back to the time of divisions, false myths and unplanned development. As mayor, I will be just one of you in making all important decisions for the common future, said Shilegov.

Skopje, he added, has strength only in unity, in the unification of those who see our city as a city in a community of modern, developed European cities.

- Politics must serve the citizens, it is a platform on which I call on all voters and political parties that have Skopje in their hearts, to go out en masse in the elections to win. These are elections for Skopje and the future of our city. These are elections in which you should choose how Skopje should move forward and in what city we want to live, Shilegov stressed.

Grubi-Toman: Negotiations with the EU to start in early 2022

VIDEO | Stoilkovski: The state is sinking into crisis - schizophrenic behavior on the Macedonian political scene

Farewell meeting Shahpaska-Toman: We have a successful mutual cooperation,

Residents of Sirkovo announced a protest tomorrow, demanding connection to the highway Gradsko-Prilep

The rain increased the inflow of water into the river Radika, and thus to Lake Debar

VIDEO | Osmani-Escobar: We must not allow a return to the policies of the 90s