Shilegov and Vukovic visited the new bridge on ASNOM Boulevard 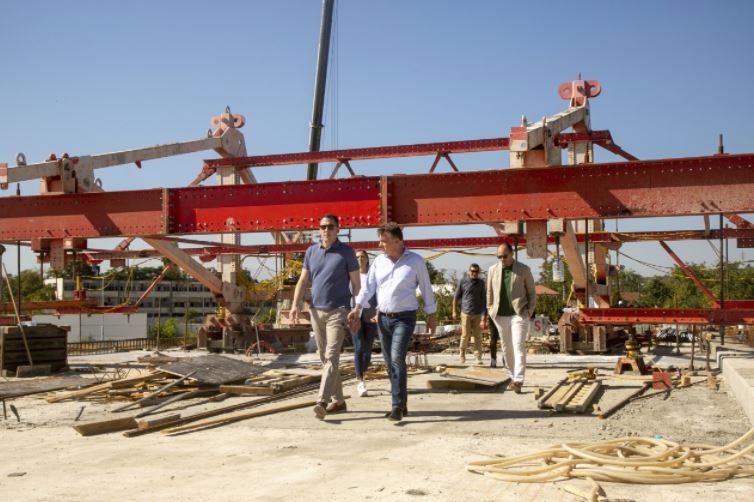 The Mayor Petre Shilegov visited the construction site on the bridge on Blvd. ASNOM / Photo: MIA

Skopje Mayor Petre Shilegov and Podgorica Mayor Ivan Vukovic, who is paying a two-day visit to Skopje, today visited the new bridge on ASNOM Boulevard, which is in the final stage of construction.

The new crossing over Vardar connects the street "Vasko Karangelevski" in Aerodrom with the street "Industriska" in the settlement Keramidnica, in Gazi Baba. The total length of the route is 400 meters.

The bridge itself is 150 meters long, with six lanes, as well as bicycle and pedestrian paths on both sides. The municipalities of Aerodrom, Gazi Baba and Centar will soon be connected with this new bridge which is a modern boulevard solution that will relax the traffic in this part of Skopje.

- ASNOM Boulevard is being built and penetrated through the settlement Keramidnica, towards Aerodrom. With the completion of ASNOM boulevard, the citizens of Aerodrom and Novo Lisice will have another connection with the city center. Bicycle paths are planned on ASNOM Boulevard, as well as on the new bridge, and new bus lines will run along it, say the City of Skopje.

Without water part of Taftalidze