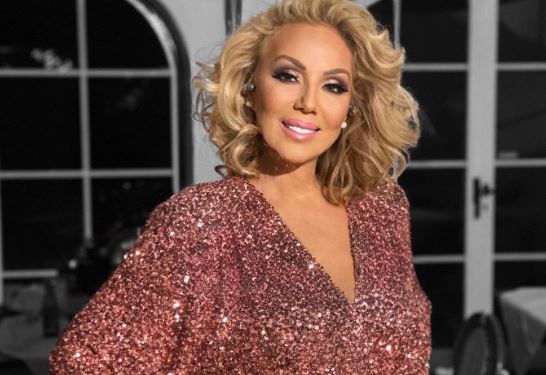 Folk singer Lepa Brena gave two concerts in Nedelishke, Croatia. The folk star sang as part of the "Mesap Autumn 2022" event, and a large number of her fans came to hear and see her.

As the Croatian portal writes "24 Hours", the hall was full, but due to sound problems the visitors could not hear her well. The singer tried to solve it, but failed.

All generations came to Brenna's concert, there were children, teenagers, their parents, and grandparents. According to media reports, Brenna's concerts were attended by a large number of pensioners, and the emergency services responded to one concert because of them..

Namely, six of them fell unconscious, while one pensioner was in full force. He jumped over the fence and onto the stage. Security responded, but the singer asked not to touch him, so he stayed on stage and watched Brenna up close as she performed her greatest hits.

VIDEO | Lepa Brena prepares for fame with a song: Housekeeper - the happiest

PHOTO | Lepa Brena went on vacation with a private plane: Where will the folk star vacation?

Before her death, Lisa Marie Presley "suffocated" in debt, took out life insurance of 35 million dollars

'I'm described as a butterfly but I don't want to fly away from this family...': Princess Diana's private letters released

Hysteria among fans: Harry Potter returns to the big screen

PHOTO | She would have turned 55 today: Priscilla announced on Lisa Marie Presley's birthday

VIDEO | "Jen, I didn't drink anything, okay?": Ben excuses himself as Lopez glares at him

VIDEO | A year after the "Oscars" incident, Will Smith announced the filming of the fourth part of "Bad Boys"

The Russian woman about the participation in "Miss Universe": Everyone avoided me because of my nationality

Pamela Anderson: Tommy and I had sex all the time, but the most sensual experience I had was with an 80-year-old man