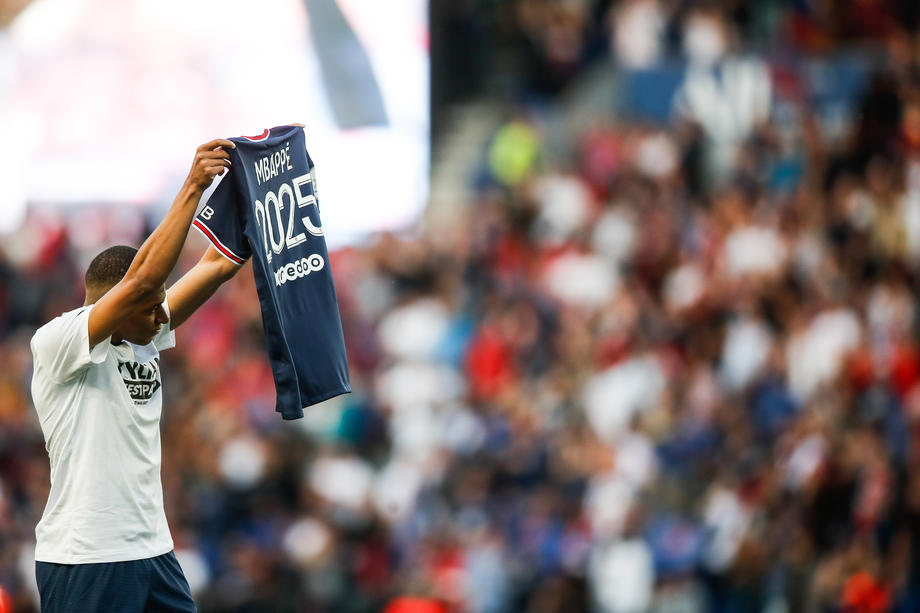 Killian Mbape caused a football earthquake yesterday with the decision to reject Real Madrid and sign a new contract with PSG where he will have the opportunity to choose new coaches and teammates, and his "power" was first felt by the sports director Leonardo.

Although the details of the new contract with which Mbape pledged to stay at the "Princes' Park" until 2025 have not been announced, the French media speculate that the striker will earn between 75 and 100 million euros per year, and only for signing the contract he will deny an incredible 300 million. It is also known that he will have a great influence in the politics of the club and will be the "boss" of the new project of PSG.

The first victim of the "new boss" of PSG is the sports director Leonardo, for whom the French media reported that after yesterday's match against Metz, the leaders of the team told him that he would no longer perform the function.

Leonardo is credited with bringing Neymar, Kaylor Navas, Gianluigi Donaruma, Lionel Messi, Sergio Ramos, Nuno Mendes to PSG, but the media and Mbape blame him for allowing the South American players to rule in the locker room. the attacker himself.

His place is expected to be taken by Luis Campos who performed miracles in Monaco from 2013 to 2016 just when Mbape was playing for this club. Campos then moved to Lille, with whom he won the Ligue 1 title last year.

There will be changes on the coaching bench, where Zinedine Zidane should sit. Zidane is the reason why Mbape wanted to make a transfer to Real last year, but instead of Madrid, the two are expected to work together in Paris.

Zidane a few weeks ago rejected the offer of the president of PSG, Nasser Al-Kalaifi, to sit in the bench because he hoped to succeed Didier Deschamps in the French national team, but the signing of a new contract with Mbape should change things.

Mbape reportedly told the club's leaders to start a new round of negotiations with Zidane, and also to do everything in their power to convince Osman Dembele about PSG. Dembele's contract with Barcelona expires on June 30 and the French national team player has not yet decided whether to accept the offer of the Catalan team or move to Paris.