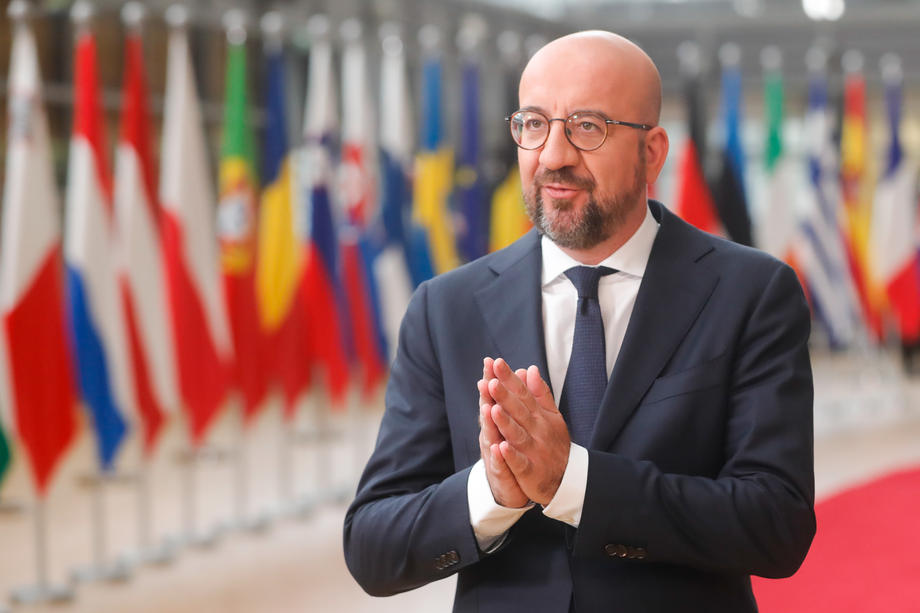 The President of the European Council Charles Michel today he will be in Skopje as part of the talks on the French proposal for the negotiation framework, reported MIA. According to the agency, this was confirmed by senior EU diplomatic sources in Brussels. Consultations on the proposal began last week, primarily with the coalition partners in the Government, some of whom have already spoken positively about the proposal.

The Prime Minister Dimitar Kovacevski he also met with the leader of the largest opposition party VMRO-DPMNE, Hristijan Mickoski, who repeated that the French proposal was unacceptable for them. Protests against the French proposal to lift the Bulgarian veto on Macedonian European integration were also held in Skopje last night. Some of the protesters pushed the fences in front of the Government and the Parliament in Skopje. They threw toilet paper, bottles and eggs at the buildings, and some of them gave flowers to the police officers who were securing the protest.

The ruling SDSM announced that it condemns the violence and the incidents that, as it stated, took place tonight at the protest organized by VMRO-DPMNE and Levica in front of the Government and Parliament buildings. Condemnation was also received from the government coalition partner DUI. The protests started on Saturday at the call of VMRO-DPMNE leader Mickoski. Other parties and civic organizations joined the protest. The demonstrators believe that the proposal is extremely bad for the Macedonian people and Macedonian national interests.

The Assembly should pass conclusions that will be binding on the Government and they will be voted on by a simple majority. They are expected to contain recommendations that will refer to the protection of the Macedonian language and identity in the accession negotiations with the EU, parliamentary sources told RFE/RL.