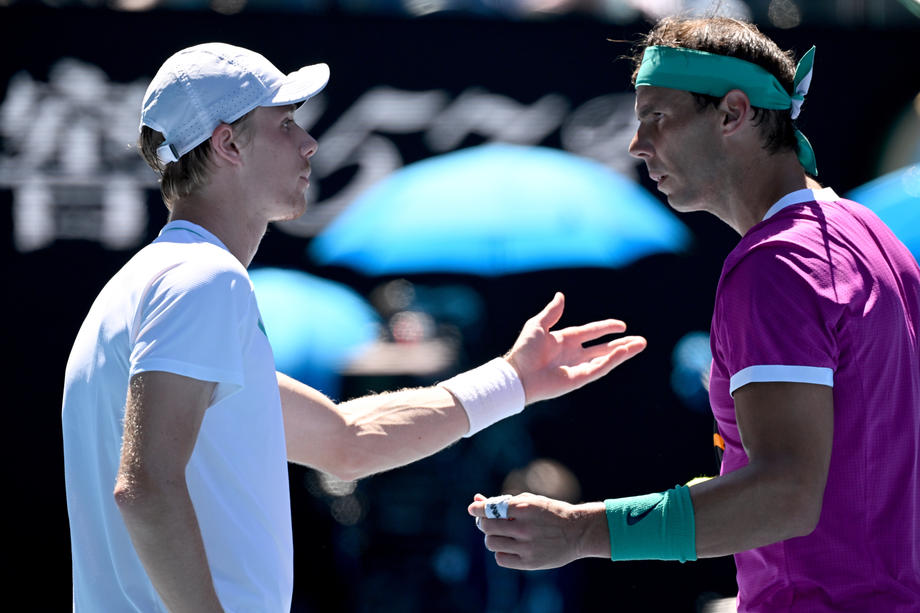 Shapovalov and Nadal had a heated argument during their duel at the Australian Open / photo: EPA-EFE / DEAN LEWINS

The quarterfinals of the Australian Open between Rafael Nadal and Denis Shapovalov ended with the triumph of the Spaniard with 3: 2 in sets (6: 3,6: 4,4: 6,3: 6,6: 3), and the match was marked by several scandals because the two tennis players had a bitter argument on the net after which the comment , former Grand Slam champion Jim Courier thought there could be a physical altercation.

Courier at that moment asked his colleague, also a former tennis player Leighton Hewitt, when he wanted to fight on the court. The reason was the nervousness of Nadal who does not seem to have been sufficiently prepared for the hellish heat in Melbourne, as well as for Shapovalov's aggressive play.

"You guys are all corrupt," Denis Shapovalov says to umpire Carlos Bernardes after complaining that Nadal should've gotten a time violation.#AusOpen

The Canadian at one point asked the judge Carlos Bernardez to punish Nadal by taking away a point because he is delaying the preparation in front of the service of Shapovalov.
- 25 seconds have passed long ago and he is still not ready to play. You started denying it a long time ago, and he is not ready. You must give him a warning - Shapovalov told Chief Justice Bernardes.

The judge did not accept the suggestion, after which Shapovalov was furious.
- You are all corrupt Replied the Canadian.

🗣️ "You guys are all corrupt!"

Denis Shapovalov has unloaded on the chair umpire in a stunning outburst on Rod Laver arena. 😳🤯#AusOpen - Live on Channel 9 and 9Now pic.twitter.com/BUdTxut1Fc

After the match, Shapovalov said that Nadal was privileged and therefore was not punished, although it was evident that he was procrastinating in front of the services.

- I exaggerated when I said that the judge is corrupt, it was very emotional in those moments. I do not think it is fair for Nadal to get away with such things. I was ready, the clock was ticking and approaching zero, and I look at the judge and normal that I will say something. I was ready to play, and the referee does not want to give him a reprimand because I was not ready ?! To me it's a joke. I respect everything Rafa did, he is an amazing player, but there must be limits - said Shapovalov.