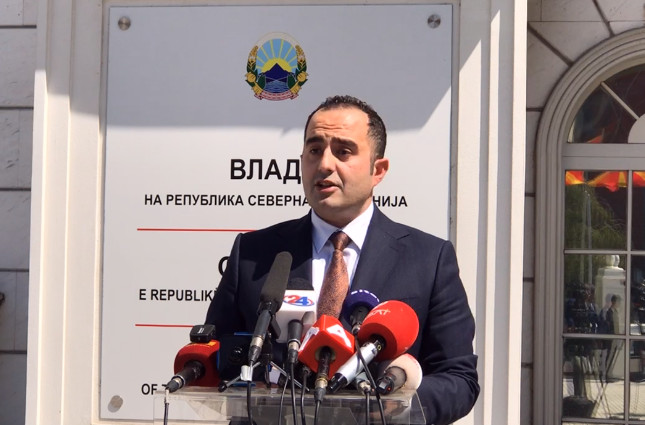 The Ohrid Peace Agreement is a milestone in the development of the Republic of North Macedonia, a symbol of democratic aspirations and a roadmap to a prosperous future of our common homeland, says the Minister of Education and Science Jeton Shaqiri, congratulating on the 21st anniversary of the signing.

Shaqiri also pointed out that the reforms, which are carried out in cooperation with all relevant international organizations and institutions, will achieve the goal - "to build our young generations, from grade to grade, gradually but continuously, as individuals who are in solidarity, respect the different of themselves and work on personal realization without hurting others".

"This is the only right way if we want to position our country for development, growth and advancement. Celebrating the anniversary of the signing of the Agreement, we are reminded of the great obligation he left us – to work together to create a democratic and functional state that everyone who lives in it will feel as their own. "With the fundamental changes we are making in education, we are directing young people towards mutual understanding, tolerance and multiculturalism, as fundamental civic values," emphasizes Shaqiri in the congratulatory message.

We have not considered the return of mandatory military service, says the Ministry of Defense

After a whole week of arguments and tension, the Assembly voted to extend the state of crisis

Moussa Xhaferi: Either Grubi's resignation or the DUI war will escalate