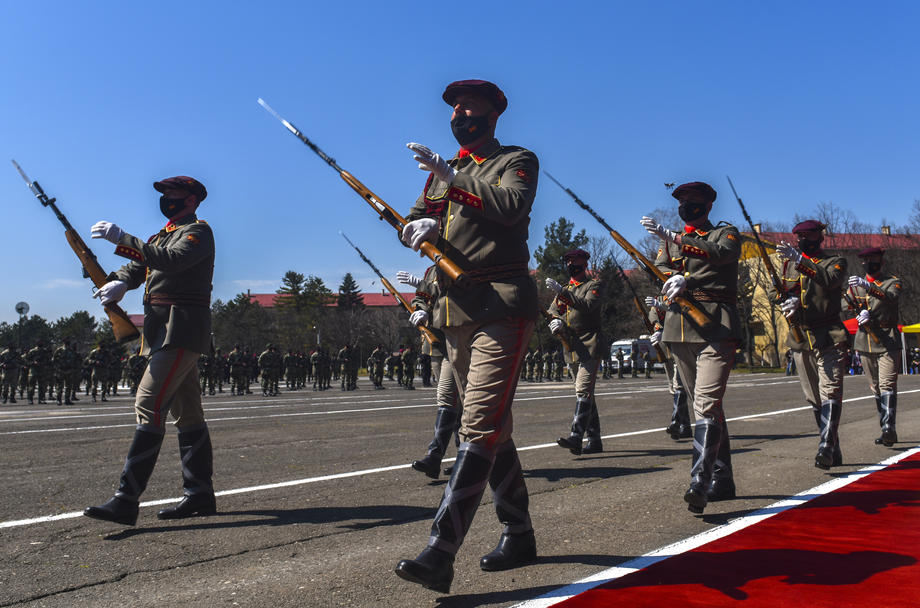 In an amendment to the National Defense Law, Congress asked the Pentagon to propose more military exercises with North Macedonia next year, according to the draft law on the defense budget for the next fiscal year.

With this federal law, the USA determines the annual budget and expenditures of the Pentagon, and this year, for the first time, North Macedonia was also included in it.

Pursuant to the amendment, Congress directs the Secretary of Defense, in consultation with the Commander of U.S. European Command, to submit to the House Armed Services Committee a briefing regarding plans for additional NATO or joint U.S.-North Macedonia exercises during of the 2023 fiscal year beginning on October 1, 2022. It should be done by December 1 at the latest.

It adds that it is essential that "the US and other NATO members continue to conduct similar exercises with North Macedonia and strive for further integration."

The new director of UMD for Macedonia, Gordan Jordanov, the president Method A. Koloski and the director of development and promotion Emma Brown, in June they had a meeting with McClain, in order to request a more active engagement of the USA in North Macedonia.

"Since its very existence in 2004, UMD has been intensively working to strengthen relations between the United States and our homeland Macedonia in every field. I am honored that right before the 30th anniversary of the Macedonian Army, Congress voted to deepen the relationship between the armies of the United States and Macedonia. In its history, the Macedonian Army had no greater friend than the American Army. We are stronger together," said Koloski.

Kovačevski decided: One always reacts when there are actions when reputation is damaged on any basis

Mobilization for salvation or Armageddon in Ukraine

Kovacevski: The government coalition and the parliamentary majority are stable

Maleska-Sachmaroska: Transparency of institutions is a prerequisite in the fight against corruption!

Creatures: Citizens should be calm, there will be thermal energy

Parents should not be afraid, there will be heating for kindergartens, Minister Trenchevska promises