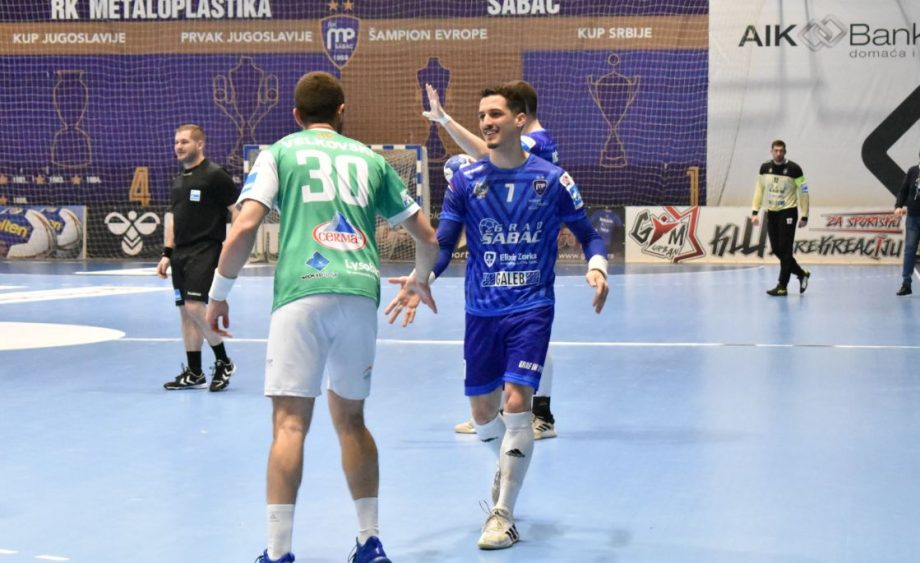 Today, Europharm Pelister in its fourth match this season in the SEHA Gazprom League on the guest field defeated Metaloplastika from Serbia with a result of 27:34. In that way, theoretically, the Macedonian team secured the quarterfinals in the regional competition.

The citizens of Bitola celebrated in the first mutual meeting with 30:26 against the two-time European champion from 1985 and 1986.

In the first 30 minutes there was an equal fight on both sides, the hosts led several times with one goal difference, but it quickly stopped. At 13:13 Eurofarm Pelister, through Gradzan and Radovic, separated into "plus three", which was like an announcement in the second part to gradually increase the advantage.

Zeljko Babic's players in the duel in Sabac played even stronger in defense, and in the attack even more confidently, in the 37th minute Kosteski scored from the counterattack for 16:21. All dilemmas about the winner were solved with the new biggest series of the match from 6: 0 to 18:27 on the scoreboard, and the highest positive reached "plus 10", which definitely broke the resistance of the hosts.

The most cheerful scorers in the Bitola team were Gradzan with seven goals, Mandalinic and Peric scored five goals each. Goalkeeper Chanevski also had an excellent performance, standing out with 14 saves.

Dodic scored for the rivals, followed by Ivanic and Todorovic five each. Their network keeper Bomastar also shone with 12 interventions.

In group "A" leads PPD Zagreb with nine points, as much as Europharm Pelister has in the second position, followed by Metaloplastika with three, at the bottom without points is Presov.

2MFL: Sloga Vinica "four out of four", Vardar led, then lost to Velesta

VIDEO: Super day for Rayo, Dimitrievski saved a penalty, Falcao made his debut with a goal