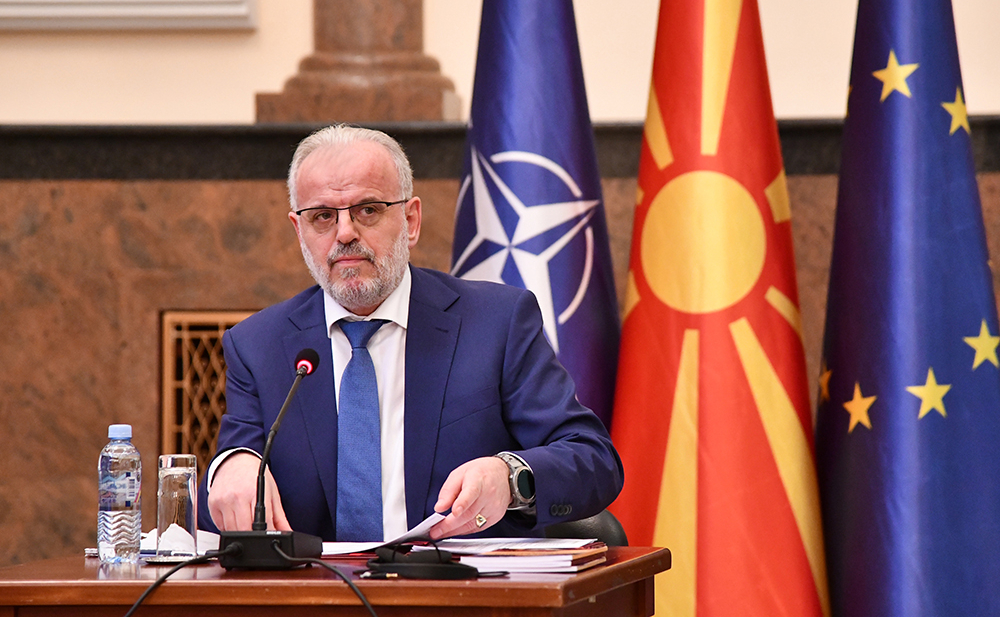 The 77th plenary session is to be held today in the Assembly of the Republic of Northern Macedonia with a single item on the agenda Interpellation for the work of the President of the Parliament Talat Xhaferi, submitted by the opposition VMRO-DPMNE.

Pursuant to Article 49 paragraph 1 of the Rules of Procedure, the search after the interpellation lasts one working day, until the list of the registered Members of Parliament is exhausted, and it is decided no later than 24.00. The President of the Assembly Xhaferi at the session has the right to explain his written answer or to give an oral answer to the interpellation.

The MPs from the opposition party and its leader Hristijan Mickoski even before submitting the interpellation said that they do not expect it to be voted and Xhaferi to leave this position, but that they still believe that he should be accountable to the citizens for his work.

The interpellation for Xhaferi was submitted by VMRO-DPMNE on May 30. Xhaferi, observing the deadline in the Rules of Procedure, responded to it and scheduled today's session.

The MPs from VMRO-DPMNE and the coalition, which are implementing, as they called it, an active blockade in the Parliament, accuse Xhaferi of unprofessional and unscrupulous work and presidency of the Macedonian Parliament. According to them, on several occasions Xhaferi blatantly violated the provisions of the Constitution, the Rules of Procedure of the Assembly, as well as the laws that regulate the work of the Assembly.
The MPs from VMRO-DPMNE state that there are more and more scandals in his work and that the last in the series was the scandal when the MPs of the parliamentary group of VMRO-DPMNE and the coalition "Renewal of Macedonia" were locked in the hall where the plenary session was held.

Xhaferi, as pointed out by the opposition, acted recklessly, by committing the most serious violation of the "Code of Ethics for the Members of the Assembly of the Republic of Macedonia" when he used indecent language, using various curses, to put pressure on the services in the Assembly. Additionally, during his term, all in order to fulfill the coalition agreements, Xhaferi acted as a member of the government, and not as President of the Assembly.

Additionally, the opposition accuses that in the past period there have been several violations of the Constitution and the Rules of Procedure of the Assembly of the Republic of Macedonia by the President. According to VMRO-DPMNE, Xhaferi has shown that he does not have the capacity to properly run the Assembly, nor does he show willingness to cooperate with opposition MPs, by respecting the Constitution and the Rules of Procedure.

The President of the Assembly, Talat Xhaferi, responded in a statement to the submitted interpellation, which, as he stated, "contains a series of untruths and is a gross attempt for manipulation."

- The allegations made in the interpellation clearly indicate the intention of the applicants without any basis to devalue my achievements, the special contribution I have made in the past five years in raising the level of dialogue and democratic culture in the legislature, taking steps to strengthen the independence of Parliament and its oversight function over the executive branch - something that was almost unthinkable at a time when some of the current interpellators were in the majority in parliament. The MPs of VMRO-DPMNE, of course, are aware that, for daily political purposes, encouraged by their party headquarters, they place gross untruths with the allegations in the interpellation that I violate the Constitution, laws and Parliamentary Rules of Procedure, reads Xhaferi's response. .