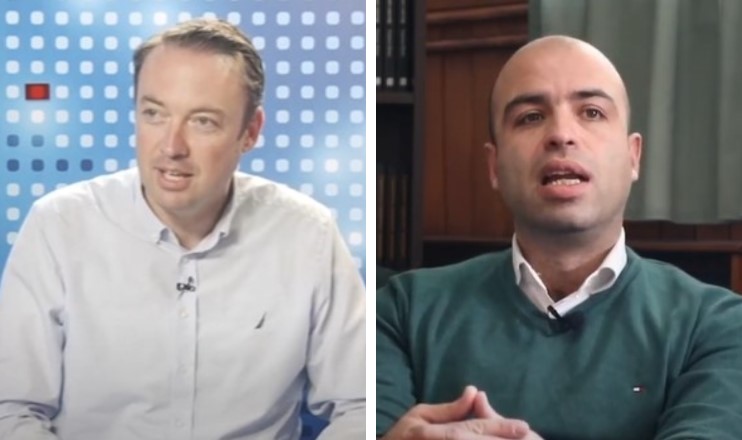 Once the LDP official, Filip Avramchev, these days accused him party leader Goran Milevski that he himself, without asking the central board, proposed himself as a minister in the new government, LDP today in a statement accused Avramchev that he is in "close alliance with the opposition" and that through him, VMRO-DPMNE is trying to install a "suitable" president , with whose help he wants to return to power.

Milevski on the accusation answers that he has the full support of the LDP Central Committee to perform the ministerial function and announced that he will convene a session of the party body in the coming days, to be confirmed.

The party, in today's statement in which it does not mention Avramchev's name at all, called on the mayor Danela Arsovska to publish reports from his work as director of the Universal Hall.

"It is clear as day that the current director of the Universal Hall, who publicly spreads untruths about the LDP president, is in close alliance with the opposition. Therefore, the LDP publicly calls on the mayor of Skopje, Danela Arsovska, to publish the financial reports for the operation of the Universal Hall, especially the part for illegal operation, for which the current director of the DPMNE press conferences was accused during the election campaign. "It is a shame that the kidnapped DPMNE allowed itself to use low methods of blackmailing individuals in order to damage the reputation of the LDP president and install a 'suitable' president for them who will realize the agenda of returning the unreformed DPMNE to power." in a statement from the LDP.

Avramchev, on the other hand, in statement for the Local portal said that there is no need for Danela Arsovska to publish the financial statements, but he will do it himself.

-Everything started from my request on the e-mail group of the LDP Central Committee to work in accordance with the statute. "Unfortunately, after that I faced serious attacks and personal disqualifications by President Milevski, which are uncharacteristic of an ordinary homo sapiens, not a holder of a high public office," said Avramchev.

VMRO-DPMNE also announced today about the situation in the LDP, accusing Milevski of treating the party "like a branch".

"Even members of the LDP through the media accuse that Milevski, after being a minister, hired his wife at the Clinic, while he appointed Bajanak as director of the State Lottery. Milevski has employed his cousin in the State Video Lottery, and the godfather in Idrizovo, while he has employed the godmother in the Ministry of Local Self-Government. "Does Milevski, through the LDP, support the mafia government of SDSM - DUI, in order to employ his relatives in the administration?", Asked the opposition party.