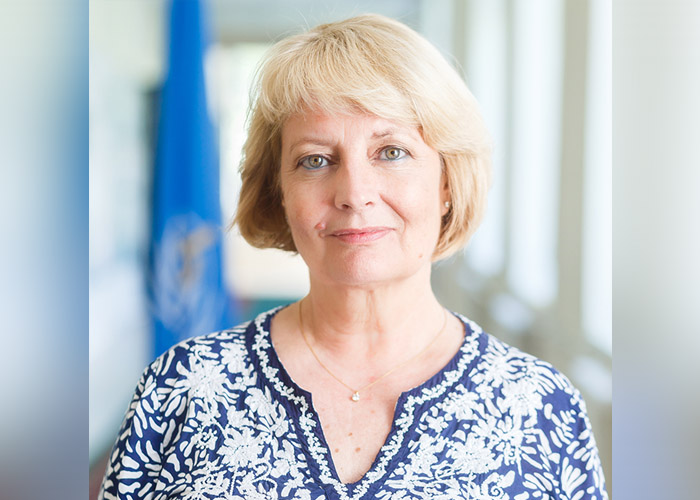 Unlike COVID-19, monkeypox usually does not spread easily between people, and in order to it happened it requires close contact through which the virus will enter the body through a cut in the skin (even when it is not visible), the respiratory tract or mucous membranes (eyes, nose or mouth), as and through body fluids or prolonged contact with objects contaminated by them (clothing, bedding, towels, etc.), said in a statement to MIA the special representative of the regional director of the World Health Organization (WHO) for Europe in North Macedonia, Dr. Ane Johansen.

Symptoms are usually mild and take the form of lesions that can be very itchy or painful. A blistering rash occurs on the face, hands, feet, eyes, mouth and/or genitals (genital and perianal rashes are the most reported cases in the current outbreak), fever, swollen lymph nodes, headaches, muscle aches and low energy levels . Still, says Johansen, monkeypox can be a serious illness, especially for children, pregnant women and the immunocompromised.

Pregnant women can transmit the virus to the fetus through the placenta.

A person with monkeypox can spread the virus from the moment symptoms appear until the rash disappears. The disease lasts from two to four weeks.

Scientists do not yet have an answer to whether the virus spreads before the first symptoms appear, and how often monkeypox is spread through respiratory secretions.

In the country yesterday, a sample for testing of a suspected case of monkeypox was delivered to the Institute of Public Health. It is about a patient from Kicevo who got a rash on his body a few days ago, which is one of the symptoms of monkeypox.

Timely detection and isolation are key to dealing with the disease

The representative of the WHO in the country says that the main measures for bringing the monkeypox epidemic under control are the early detection and finding of contacts and their isolation. Also, according to Johansen, risk communication and community engagement are essential interventions. States should cooperate with each other and with WHO, providing the necessary assistance through bilateral, regional or multilateral channels, as and follow the guidelines given by the WHO, says Johansen.

In her statement to MIA, she clarifies that COVID and monkeypox are two very different viruses and diseases. While the COVID-19 pandemic has claimed over two million lives in Europe, the initial reported cases of monkeypox are mostly mild in terms of clinical presentation.

- The biggest some of the cases currently being investigated in Europe are light. We know that although monkeypox resolves on its own in most cases, it has the potential to cause severe complications. About eight percent of the cases reported so far ended up in the hospital for the purpose of isolation or treatment of the infected, says Johansen.

The most common reasons for which infected people are hospitalized are getting help to deal with pain, secondary infections, and in a small number of cases also for the treatment of life threatening complications as for example inflammation of the brain.

The president of the Commission for Infectious Diseases, Aleksandar Petlichkovski, does not expect this disease to become a problem as what is the coronavirus

– Expansion is not going so fast as which at first we feared, probably burnt by the corona. Transmission is taking place in certain groups. Vaccines are recommended worldwide for those risk groups, with risk contacts. No mass immunization is planned anywhere at the moment, Petlichkovski points out.

WHO estimates that the risk of monkeypox worldwide and in all WHO regions is medium, with the exception of the WHO European region where it is assessed as tall.

- The European region of the WHO accounted for approximately 55 percent of the confirmed cases of monkeypox in the world in the past month, with four countries (Spain, the United Kingdom, Germany and France) reporting 76 percent of the cases, Johansen points out.

From mid-May to August 9, more than 17.800 confirmed or probable cases of monkeypox have been reported in 40 countries, with two deaths reported in Spain.

With the continued spread of monkeypox in Europe, as what Johansen says, they expect a higher number of severe cases and deaths from this disease.

- Our goal must be to quickly stop the spread of this disease in Europe and reduce the number of cases with the help of a series of measures that are currently available to us, she added.

A representative of the WHO regional director for Europe in North Macedonia says that the World Health Organization recommends avoiding skin-to-skin or face-to-face contact with anyone who has symptoms and contact with clothes or bedding used by an infected person. Safe sex and regular hand washing are recommended, especially before and after contact with a person who has symptoms or with items in their possession.

Vaccination for the prevention of monkeypox

The European Medicines Agency has approved the vaccine for the prevention of monkeypox, and according to WHO data, the traditional vaccine against smallpox (lat. variola vera) provides protection, but these vaccines are not widely available.

- WHO currently does not recommend mass vaccination against monkeypox, having it consideration and the fact that in most cases, monkeypox goes away on its own, that is, the symptoms disappear in two to three weeks, says Johansen.

The WHO recommendation is targeted vaccination for people exposed to monkeypox and for those at high risk of exposure, which includes health workers, certain profiles of laboratory employees and people with a large number of sexual partners.

- The decision whether someone will be vaccinated should be made jointly by the person who may be at risk and his or her doctor, based on an assessment of the risks and benefits of receiving a vaccine that should be done separately for each specific case, she adds. .

The Minister of Health, Bekim Sali, in a statement to the media recently indicated that there are enough tests for a possible outbreak of smallpox.

- Regarding the vaccines, I have a confirmation from the national immunization coordinator that we have vaccines available in the country if a case arises, said Sally.

The World Health Organization points out that vaccination against smallpox does not provide immediate protection against infection or disease because it can take several weeks.

– This means that the persons as well who are they vaccinated should continue to respect the protection measures by avoiding close contact, including sex, with other persons who have contracted or are at risk of contracting monkeypox, says a representative of the WHO regional director for Europe in North Macedonia. dr Anne Johansen.

WHO recommendations for dealing with the monkeypox situation

– Even in countries that have not yet reported cases of monkeypox, it is important that public health authorities rapidly and significantly strengthen national surveillance, testing, diagnostic and contact tracing capacities, all in order to identify and trace each possible case, appeals Anne Johansen and adds that it is highly likely that a large number of cases remain undetected, which further inflames the epidemic.

Johansen recommends that anyone who notices an unusual rash contact their family doctor. As for doctors, she says that every patient with suspected monkeypox should be examined and isolated during the assumed infectious period of the disease (from the moment of the first symptoms), that is, the known infectious period (the appearance of the rash).

Hand hygiene and respiratory hygiene, along with personal protective equipment and appropriate isolation of suspected and confirmed cases, are also essential to reduce disease transmission within healthcare facilities themselves. Here we are talking about the same measures that were recommended and applied for COVID-19.

- Faced with uncertainty about what the future holds, countries must cooperate and share information, making the most of every opportunity to predict, control and stop the spread of this virus about which we still have a lot to learn, says Johansen in a statement to MIA .

Tripunovski: A large part of the documents from the archive of the Ministry of Agriculture have disappeared, disputed contracts are also missing

Kovacevski for VOA: It is wrong that VMRO-DPMNE opposes EU membership and the strategic interests of the state

PHOTO: The school in which the first class of the Macedonian language was held in the Kichevo village of Podvis is collapsing

VIDEO: Search of the Ministry of the Interior in Gevgelija, drugs and ammunition were found

Osmani at a meeting on global cyber security

Petrovska: The biggest benefit of NATO membership is our security