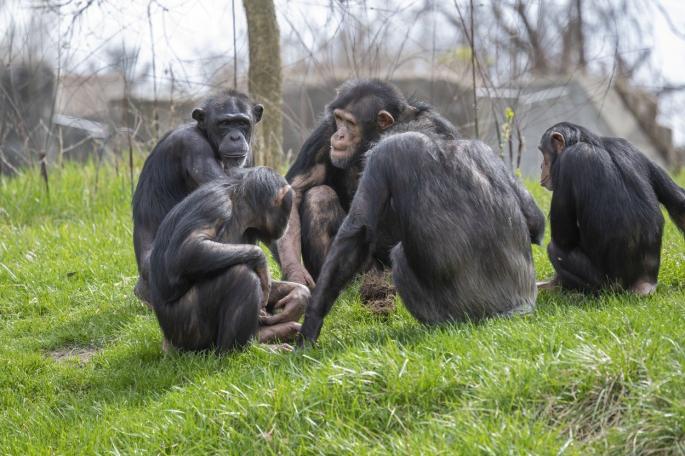 A woman who stopped to help after a truck with 100 laboratory monkeys overturned in Pennsylvania, fears that she got sick after one of the monkeys blew in her face, after which she developed redness in her eyes, writes Dailymail.

Michelle Fallon, She was driving behind a vehicle that overturned and animal cages fell out of it all over the highway and broke during the fall. Three of the monkeys escaped, but were soon caught and euthanized. All the monkeys were numbered.

Fallon received a rabies vaccine, and posted on Facebook the symptoms that appeared, which included symptoms of pink eye, ie inflammation or infection of the eye.

She said: "I was close to the monkeys, I touched the cages, I walked through their feces, so I was very close. So I called (helpline) to ask, you know, was I exposed to anything?

"Because the monkey was blowing in my face and there was feces around, and I had an open cut, they just want to be careful."

Fallon said she went out to help both the driver and the animals in their cages, initially thinking they were cats. When she approached and put her hand on the cage, she said that the monkey had blown in her face

The day after the accident, Fallon suddenly had a cough and a pink eye, which became so bad that she had to visit the Geisinger Medical Center in Dunville.

Infectious disease doctors gave her the first of four rabies injections along with some antiviral drugs.

She said on Facebook that she monitors the symptoms of rabies and the herpes virus.

"I talked to the police and a woman from the CDC, I received a letter that I have a very low risk, I do not know what else. But my symptoms are Covid's symptoms.

Fallon was told to monitor her health closely next month in case she develops a contagious disease as a result of being so close to them.

The monkeys were on their way to a lab in Florida when a truck hit a garbage truck.

Fallon said she spoke to the pickup truck driver and a passenger directly after the crash.

The driver appeared to be disoriented and the passenger thought he might have injured his legs, she said.

Police appealed if locals noticed any of the monkeys, not to try to approach and catch them.

The shipment of monkeys was on its way to CDC-approved quarantine after arriving at New York's Kennedy Airport on Friday morning from Mauritius, the agency said.

EU: The number of illegal crossings increased by almost 70% in the first four months of the year

SPD: Defeat in North Rhine-Westphalia elections does not change government stance on war in Ukraine