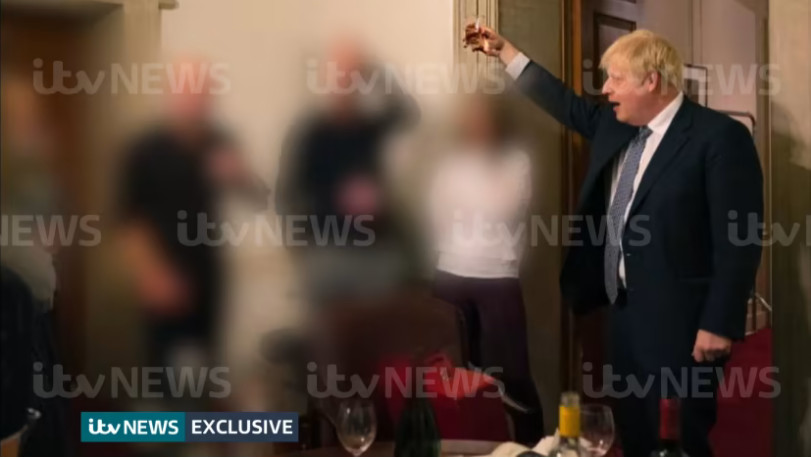 British IT News posted new photos of himself as prime minister Boris Johnson participates in a party in his office at a time when strict coitus measures have been introduced throughout the island. These photos cast new doubt on the Prime Minister's claims that he was not aware of the violation of the rules during the lockdown.

The pictures show Prime Minister Johnson with a glass in his hand on November 13, 2020, with bottles of alcohol and food at a party in his office.

He and other cabinet members were photographed at a rally in honor of Downing Street communications director Lee Kane, with eight people standing close together, as well as the photographer.

In some of the photos, Boris Johnson looks like he's giving a speech, with a glass in his hands.

These pictures are one of a series that have appeared in the British media in recent months. Johnson was punished last month by British police, but the investigation is still ongoing, and these images are definitely a new blow to the British Prime Minister, faced with major outrage.

PHOTO | Johnson photographed with champagne at a Downing Street Christmas party, police are investigating the case

The wife's birthday party could be a "knockout" for Johnson

The British have increased the pressure on the punished prime minister