Mancini announced after deciding to remain the coach of Italy 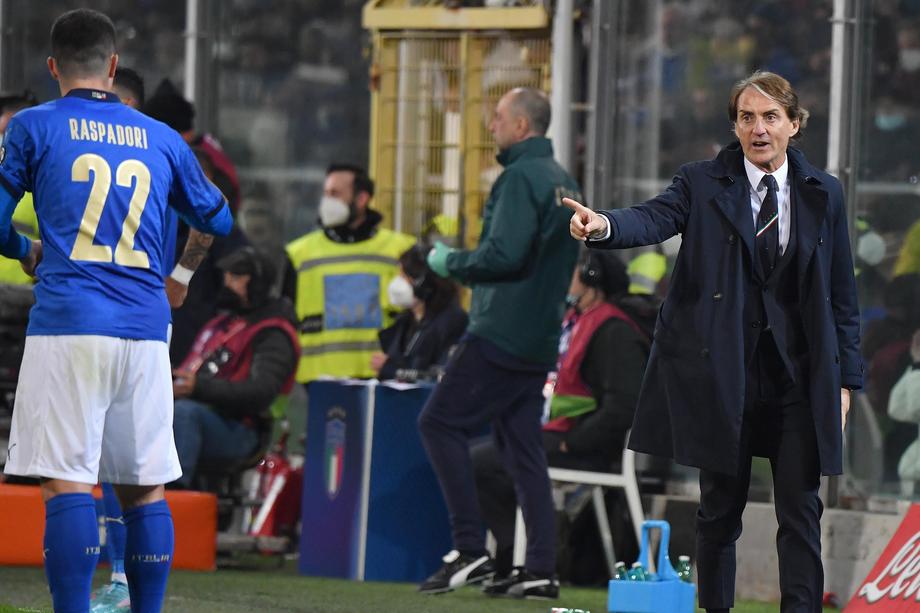 Roberto Mancini is the coach of Italy since 2018 / photo: EPA-EFE / CARMELO IMBESI

Roberto Mancini, after several days of thinking, decided to stay on the bench of the Italian national team after the "azures" experienced a debacle in the qualifying round for the World Cup in Qatar.

The "Azures" lost to Macedonia with 0: 1 on Thursday in Palermo, thanks to the goal of Aleksandar Trajkovski in the 92nd minute.

Although the public was angry with the coach and the players, Mancini decided to stay in office and today he finally announced himself in public.

- We talked a lot these days. We have the same ideas for all the things we talked about, and we will talk again in a few days because our focus is always on the match with Turkey. We will see what and how we can improve in the future. A difficult period awaits us - Mancini said at today's press conference ahead of tomorrow's friendly match with Turkey.

Mancini then talked about the time spent on the coaching chair.

- I am very happy what we have done in the past four years. Winning the European Championship is not the only good thing we have done. All the guys deserve praise for everything they did. We should have been first in the qualifiers with at least a two point advantage over Switzerland. We should have beaten Switzerland in Basel with 3: 0. Since September, happiness has not completely left us. I can not blame the players because we played good football all the time, but we missed the final. There were mistakes - adds Mancini.

He is convinced that Italy could have triumphed at the World Cup in Qatar if they had qualified for it.

- Now we need to include new, young people in the system. We hope that they will get more minutes in their clubs and that is the key thing. We have a lot of young players who have the ambition to play for Italy with brilliant potential. Now we need to look at how to turn them on. The current team, along with some newcomers, could have won the World Cup. We will see what will happen, we will change some things for the next matches and we should all focus together on the next European Championship where we will try to defend the title - adds Mancini.