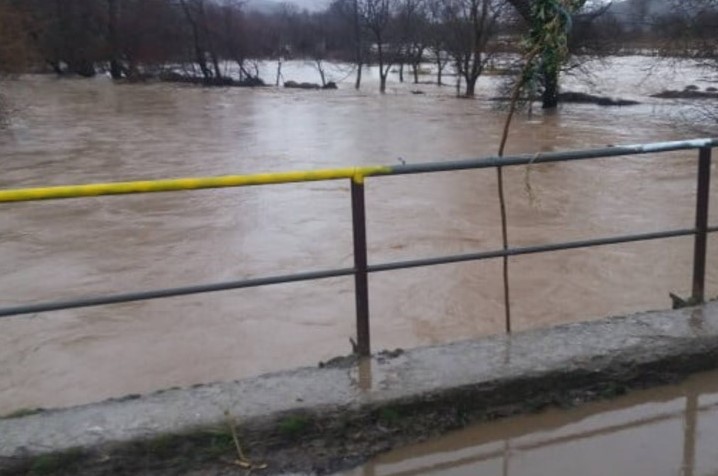 After the heavy and long-lasting rain, the river Treska overflowed today in the Poreчките villages Lisicani, Vranestica and Plasnica, and during the day it overflowed at Makedonski Brod from Peshna to the village Devic.

- Fever after yesterday's heavy rain, spilled from its bed during the afternoon near Makedonski Brod. Large areas of fields and meadows were flooded from the Peshna motel to the village of Devic, where tens of hectares of fertile land were flooded, said Dalibor Misajleski, a resident of Makedonski Brod, who added that torrential rains had severely damaged the road to Ramne.

Heavy rains, in addition to the overflow of Treska, also damaged the roads to several villages in Poreчи.

- The road to the village of Ramne, which has no asphalt, is severely damaged by the strong currents and it is impossible to reach the village by motor vehicle, added Misajleski.

In Makedonski Brod, Treska grew to the height of the bridge, where its level is measured.

The landfill "Rusino" is open, Sveti Nikole are sorry

Is it omicron, is it delta ?: No need to save on sequencing strains

Bujar Osmani and Kiril Petkov addressed the MPs: A good opportunity to compete in patriotism

Authorities say identity issues are not being discussed, opposition seeks non-paper with answers to Sofia

ROAD CONDITION: Be careful on the passes, there is snow