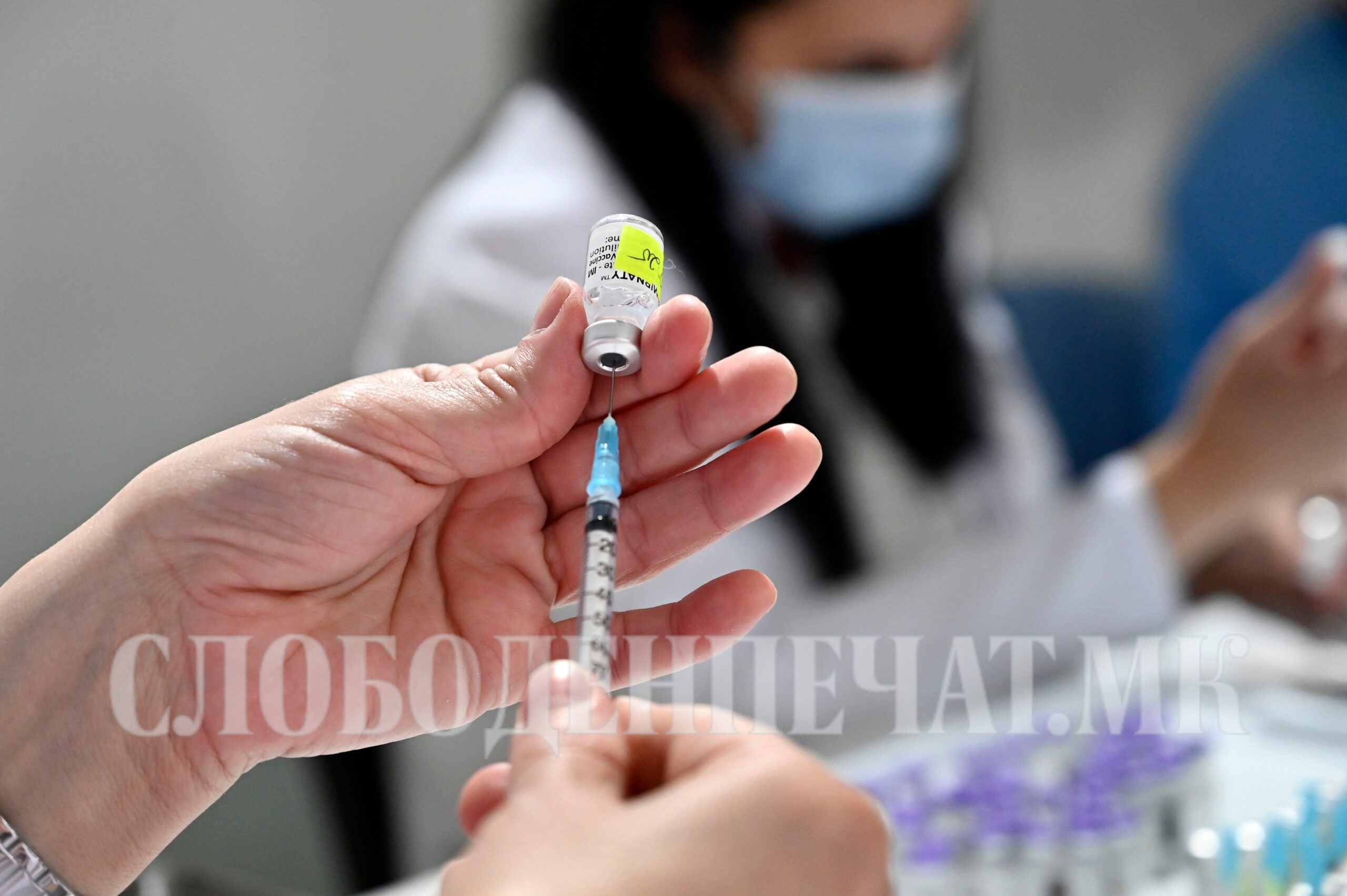 The state will strengthen the strategy for motivating the citizens to be immunized against covid-19. For that purpose, field vaccination will be carried out in the regions where there is a low turnout, announced Minister Filipce.

Only 180 thousand citizens who registered on the vaccination site did not receive the vaccine, and it was announced that about 600 thousand doses of the vaccines of "Pfizer" and the Chinese manufacturer "Sinovak" will arrive soon. Because of this, fears are that vaccines may remain unused. The Minister of Health Venko Filipce announced that there will be an intensified campaign for vaccination, and in the regions where it is noticed that an insufficient number of citizens have applied for immunization, there will be field immunization. With these two mechanisms, the state will try to achieve the planned vaccination capacity of 1 million citizens who are planned to receive the vaccine, because children are not included in the process.

Filipce expects us to achieve collective immunity by the end of the summer because between 15 and 20 thousand doses of vaccines will be applied daily, enough to cover all registered citizens. At the moment, about 300 thousand citizens have been vaccinated, and the goal is to immunize as many people with the waiting vaccines. Citizens who do not want to wait are already heading to the vaccination points in Serbia, where there is a selection and quantities of vaccines, and no appointment is required. The opposition is pressing the Ministry of Health to compensate these citizens because it does not provide them with timely vaccination, which Filipce said will be discussed further.

At the moment, the immunization in the country is slowed down, because new quantities of vaccines are waiting to arrive. Apart from these orders, no additional ones will be made, because by the end of the year another 350 thousand doses of Pfizer vaccines are expected through the KOVAX mechanism, and another 194 thousand doses of the Russian vaccine "Sputnik V".

In conversation with Chinese Ambassador Zhang Zhuo, Minister Filipche received the information that in China, despite being vaccinated with two doses, some citizens contracted the Indian or delta variant of the coronavirus.

- It is important that everyone has a mild clinical picture He pointed out.

- All 180 thousand registered citizens will be vaccinated soon - assures Filipce.

Panovski: The Indian strain will come in the fall, it is important to be vaccinated on a large scale

The professor at the Faculty of Medicine, Dr. Nikola Panovski, in an interview with "Faktor" says that in the fall the Indian strain can not be prevented from entering the country, but it is important to vaccinate as many people as possible and vaccines to protect. He warns that the health system must not be brought to last year's level of blockades.

- We will have a greater benefit from vaccines than without them. The factor that a large number of the population in Macedonia contracted the virus is important. In our country, the Indian strain will not spread quickly. It will certainly spread, but there will be no cases of severe symptoms and severe disease. The most important thing is to get vaccinated in large numbers. Without 15 thousand newly vaccinated daily we do nothing - says Dr. Panovski.

Zaev: A decision has been made on the crisis situation in 30 days

Five helicopters will intervene tomorrow in extinguishing the fire in Pehchevo

Two active fires in Prilep, the municipal crisis headquarters at an emergency meeting

VMRO-DPMNE: Angelov to leave the CMC and give way to another staff

The dismissed director Petrovska remains in the Ministry of Environment