SDSM in counterattack: Did Kovacki also give away military secrets and was a spy against the state? 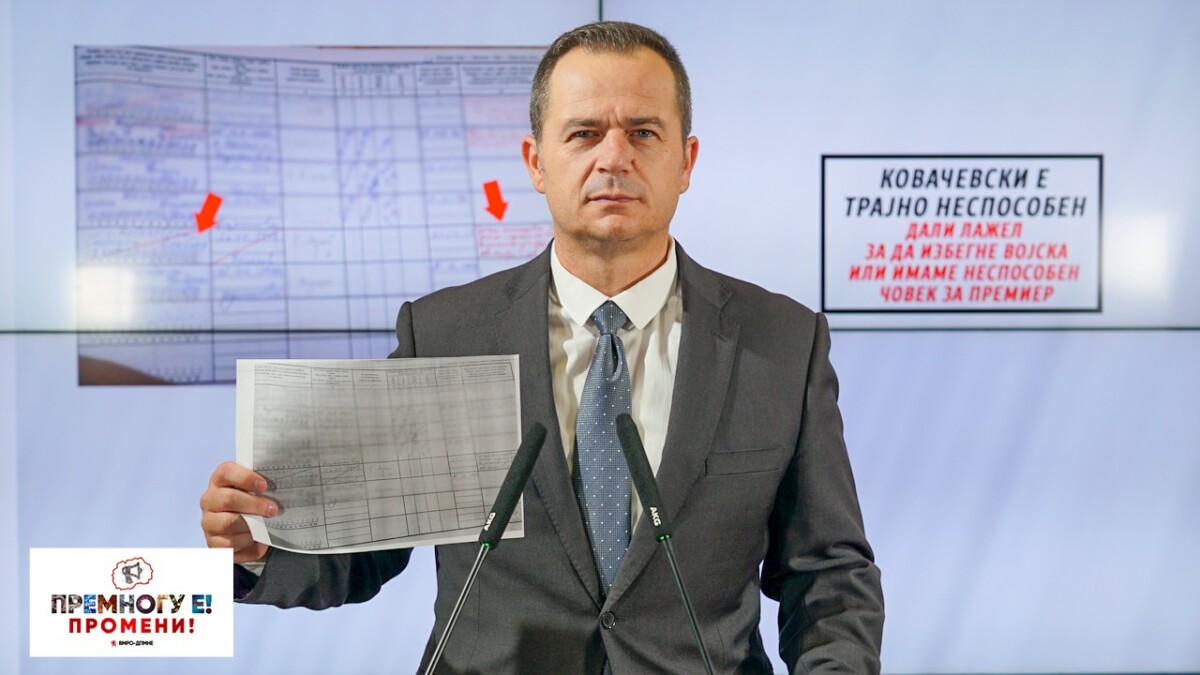 After once again, for 8 days in a row, MP from VMRO - DPMNE Dragan Kovacki attacks for the "desertion" of Prime Minister Dimitar Kovacevski from participating in the military conflict in 2001, SDSM came out with a reaction to the expressed views of the MP.

- The former colonel, Kovacki deserted from the Army, changed his army rank to a party rank, to serve Hristijan Mickoski as a deputy. Kovacki has a disciplinary record, he threatened his superiors in the Army. That's why Mickoski chose Kovacki, who should say whether he gave both military and secret information and was a spy against the state? Nothing changes in VMRO-DPNME. It is a criminal party and nothing can defocus it, SDSM reacts.

Kovacki, in turn, demanded responsibility from the prime minister for not participating in the defense of the country.

- Macedonia is in a serious crisis, and that with Kovachevski it will continue to sink and that he has neither the ability nor the interest to work in the interest of the citizens, it is proof that he lied to the competent institutions and escaped when he was most needed. In a normal country, the defecting prime minister would have been called to account by his fellow party members to confirm whether he lied about being permanently incapacitated or if he really is permanently incapacitated, Kovacki said today and asked the court to revoke the security certificate of the prime minister.

- It is unclear how Kovacevski has not yet been initiated a procedure for determining the business capacity by the Court in a non-litigation procedure according to Articles 34,35,36, 37, 38 and 4, as well as initiating a procedure for issuing, i.e. revocation of the security certificate for access to state secrets, which according to article 11 of the Civil Code and article 13 point XNUMX and XNUMX of the Decree on the Security of Users of Classified Information, cannot be issued to persons who DO NOT have business capacity and have health problems, Kovacki said.

The case that Kovacki is leading for the eighth day against Kovacevski for SDSM is just an attempt to defocus the public after Mickoski and the directors in public enterprises in the City of Skopje were "caught red-handed" by Mayor Arsovska.

- The deserter Dragan Kovacki cannot defocus from the crimes of VMRO DPMNE with any lies and abuse. Mickoski has been silent for 10 days about a suspicious tender of 136 million euros, but that is why Kovacki is printing untruths, decisively from the ruling party.

Today the Holy Apostle and Evangelist Matthew is celebrated