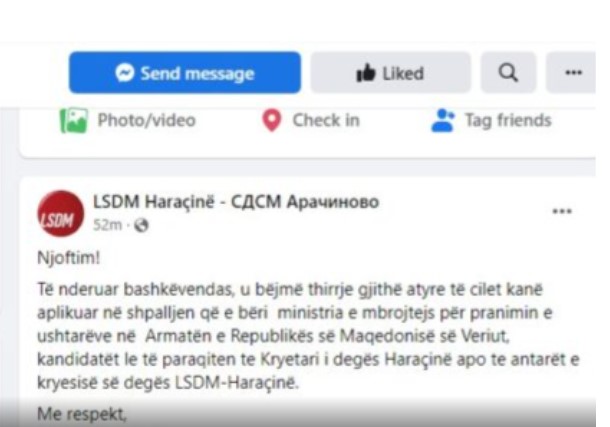 This month, the Ministry of Defense published a Public Notice for the recruitment of 200 professional soldiers for service in the Army of the Republic of North Macedonia.

SDSM announced tonight that it "completely distances itself from the post on the Facebook page of the local organization in Arachinovo" and announced responsibility for the post, which has since been deleted, and the party calls it "abuse of the page contrary to the values ​​and policies of SDSM". 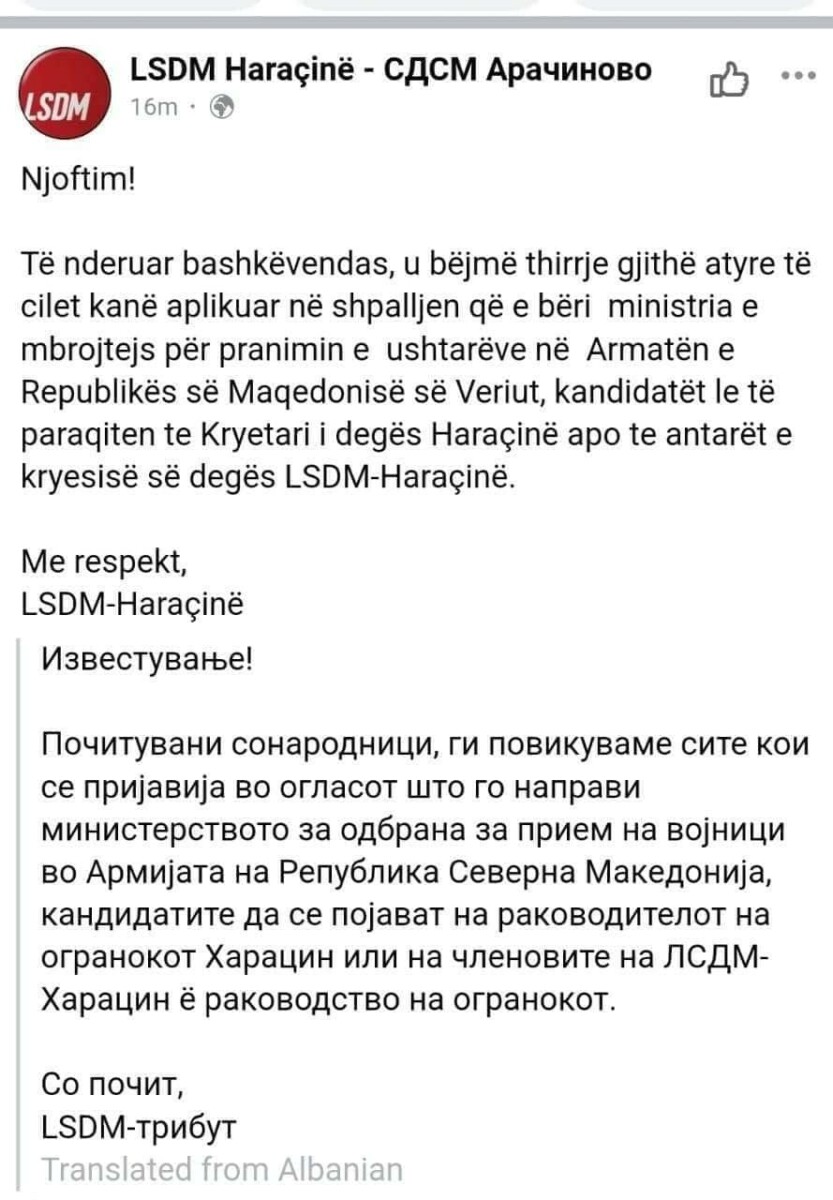 "We are talking about the misuse of the page contrary to the values ​​and policies of SDSM, for which a full clearing of the case and responsibility will follow. The army is for professionals and there is no room for anything else. The registration and selections for the competitions for professional soldiers are carried out according to the highest standards by a competent institution that has nothing to do with any political party. After the reforms carried out in the past years, precisely by the SDSM, the Army is characterized by professionalism and expertise of the highest standards, of which we are all particularly proud. After all, that's why Kovacki is no longer part of the Army, he deserted and chose to serve as an apprentice to the sly mayor Mickoski," said the SDSM.

The Ministry of Defense also responded.

"Regarding the inscriptions in some portals, which refer to a post on the Facebook profile of the Arachainovo municipal organization of the political party SDSM, we inform you that the process of registration and selection for the competition for the admission of professional soldiers is carried out in accordance with professional norms and standards and the Ministry of Defense and "The army does not allow any party or other type of influence," said the reaction from the Ministry of Defense.

VMRO-DPMNE condemned the announcement and demanded the resignation of the Minister of Defense Slavjanka Petrovska.

"This is a debacle and a shame for the Army. This is a shame for NATO. We call on Slavjanka Petrovska to resign immediately. Petrovska embarrassed both ARM and NATO. But this is also a matter that cannot pass without the knowledge of the deserter Kovacevski and his journeyman Mile Zecevic. They are directly responsible, because the party presidents answer directly to them," said the opposition party.