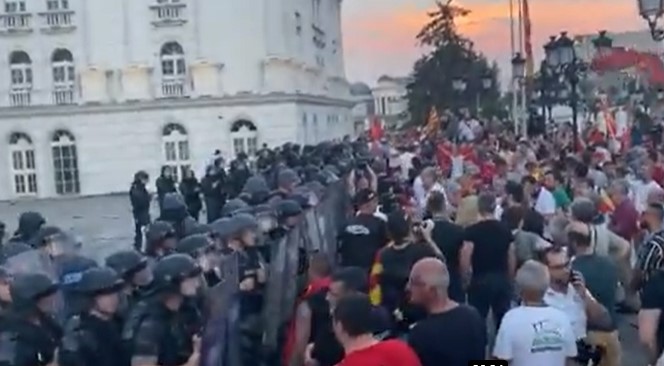 "We strongly condemn the violence and the incidents that took place tonight at the protest organized by VMRO-DPMNE and Levica in front of the Government and Assembly buildings," the ruling Social Democratic Union announced tonight.

"Tonight, the public will see an attempt to repeat the intrusion of April 27, 2017 by political parties that do not think well of the state or the citizens. The SDSM, the institutions, the citizens will not allow such dangerous, destructive behavior to threaten the future of the country, the attempts to destabilize the country will be defeated once again", the announcement reads.