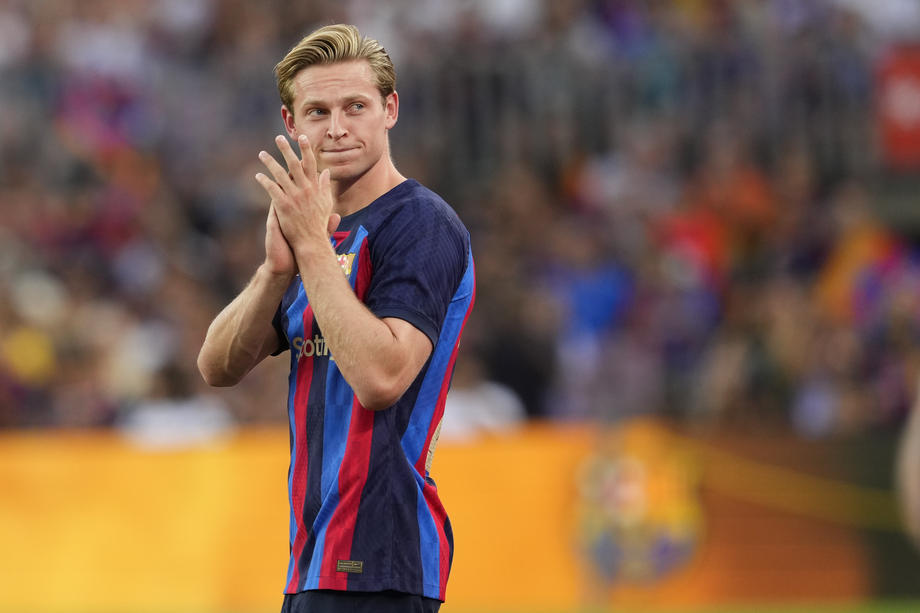 The story of Frankie de Jong and his departure or stay in Barcelona is becoming a summer football soap opera that may also get a court resolution.

The English "Athletic" in its analysis of the developments in Barcelona writes that the leaders of the Catalan team told De Jong and his agent last month that his transfer from Ajax, which was carried out by the previous management, was suspicious and threatened him with a lawsuit and criminal charges. if he does not agree to go to Manchester United or to a drastic reduction in salary.

Frankie de Jong arrived in Barcelona from Ajax in 2019 in a transfer worth 75 million euros.

The president of Barcelona, ​​Joan Laporta, insists on selling De Jong because the club is in a difficult financial situation, the debts amount to around 1,3 billion euros and it cannot register the new reinforcements, and therefore he sees the salvation in the sale of the Dutch representative. .

Barcelona have told Frenkie de Jong that they want him to revert back to his previous contract because they have evidence of criminality around his renewal by the club's former board and can threaten legal action, reports @David_Ornstein pic.twitter.com/TnSiSvRva9

If he wants to stay at Camp Nou, Laporta is asking De Jong to accept a pay cut because he is currently the player with the highest income (about 24 million euros gross).

But the Dutchman does not want to hear about leaving until Laporta pays him the money he is owed, around 17 million euros.

Manchester United and Chelsea are showing serious interest in De Jong, who are ready to pay 80 million euros in damages, but they cannot convince the player to leave Barcelona.

With his refusal to leave, Frankie de Jong is creating huge headaches for the management, which spent 153 million euros in the transfer window to buy Robert Lewandowski, Rafinha and Gilles Kunde, and brought in Frank Kesey and Andreas Christensen without compensation, but he cannot to register them because it does not meet the conditions of the Spanish Financial Fair Play.