Only a symbolic event: Why the Russians withdrew from Snake Island - two events are key to this 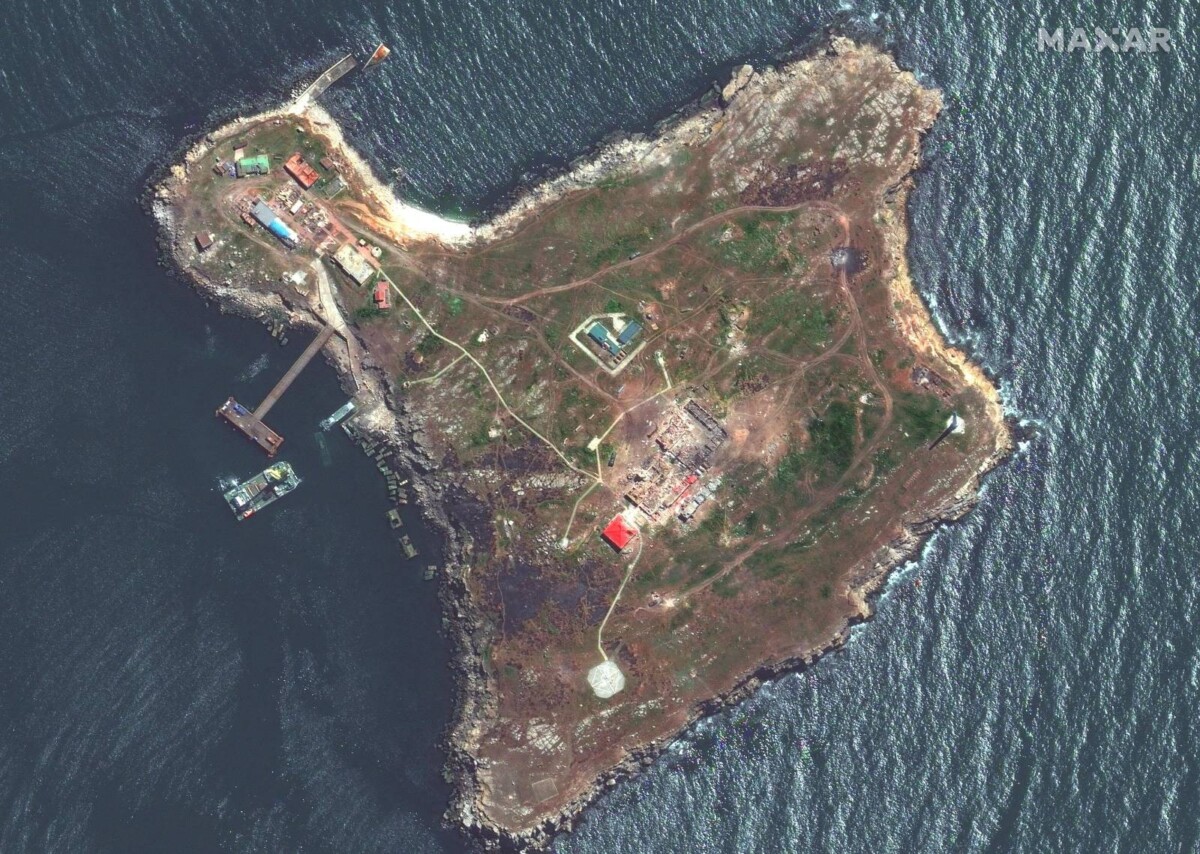 "Russian forces have withdrawn from Snake Island off the Ukrainian Black Sea coast as a sign of goodwill," the Russian Defense Ministry said. And the alleged "sign of goodwill" refers to the United Nations' efforts to organize a humanitarian corridor for the export of agricultural products from Ukraine, so Moscow is doing a good deed by leaving Snake Island.

The only thing the Russian Ministry of Defense did not mention was the fact that they were forced to do so by the US donation of high-mobility M142 multi-barreled missile launchers (HIMARS). The Ukrainian army transported one of the first HIMARS first to Odessa and then a little further south, near Snake Island. The first attack was announced on June 21, when satellite imagery showed at least three sites of the attack. Satellite images from June 23 showed a significantly larger area of ​​impact of Ukrainian missiles.

Because Snake Island is essentially a slightly larger rock, Russia's ability to deploy manpower and weapons was severely limited. And the listed M30 and M31 missiles launched by HIMARS have a range of at least 70 km (according to the manufacturer Lockheed Martin), but also combined inertial / GPS guidance so that their accuracy does not decrease with increasing range.

Each time HIMARS strikes, it can fire six M30 / 31 missiles in seconds. Small and fast enough to dodge Russia's Tor and Panzer-S1 anti-missile systems, the missiles hit Russian positions on Snake Island with impunity, apparently making the island the most dangerous part of the Ukrainian battlefield for Russian troops.

To confirm their claim, they also released footage from the drones showing the two missiles hitting the target. Beck was hit even though he was sailing so that at all times between him and the Ukrainian coast was the Snake Island, behind which they tried to hide the radar shadows. The sinking of Beck proved that any further attempt to supply the island with larger warships would probably end the same.

With Ukrainian drones constantly circling over Snake Island, the supply of helicopters was not without risk. At speeds in excess of 2500 km / h, HIMARS missiles take 100 seconds to fly 70 miles [XNUMX km]. This is not enough for a helicopter to land safely, get off and take off again. The Russian General Staff eventually concluded that the losses would outweigh the gains and a "goodwill" decision was made.

Even Ukrainians can not just "walk" to Snake Island. What they did to the Russians, the Russians can give back. If the Ukrainians try to establish a base on the island and deploy anti-aircraft systems and anti-ship missiles there, they will be immediately hit by Russian cruise and / or ballistic missiles.

Ukraine's air defense currently has no weapons to defend itself against these attacks. After coming from the west, he will certainly not place it on a rock in the middle of the sea, but will use it to defend the cities. The Ukrainian navy can send several troops to the island to raise the state flag there as a very symbolic act and nothing more. Therefore, Snake Island will remain no man's land until the end of the war.

The fact is that the Russian navy has already pushed its warships out of range of the Harpun anti-ship missiles, which opens a corridor along the Ukrainian coast. But there are two problems. The first is that Russian ships have remained in the southern Black Sea and may still be unable to navigate Ukrainian ports.

Another problem is the hundreds of sea mines floating in the Black Sea. The Russians are blaming the Ukrainians, and the Ukrainians are blaming the Russians for setting up minefields, and probably both sides have set up sea mines - the Russians to prevent navigation, and the Ukrainians to make landing difficult, especially in the Odessa region. Many of these mines are now sailing uncontrollably along the Black Sea and endangering maritime traffic not only along the coast of Ukraine but also along the Bosphorus. Romanian, Bulgarian and Turkish media occasionally report on the discovery and destruction of another such mine.

The capture of Snake Island was a symbolic act for the Russians, and it was only then that they conquered an island on which they intended to establish a surveillance base on the southern Ukrainian coast. Therefore, their withdrawal is a great symbolic Ukrainian victory. And nothing more. The solution to the problem of maritime exports of Ukrainian grain, however, depends on the goodwill of Moscow.

There are 31 cases of monkeypox in Serbia

Czech President Zeman is back in the hospital

Petrovska: For thirty years, we have been dedicatedly pushing the boundaries of the impossible