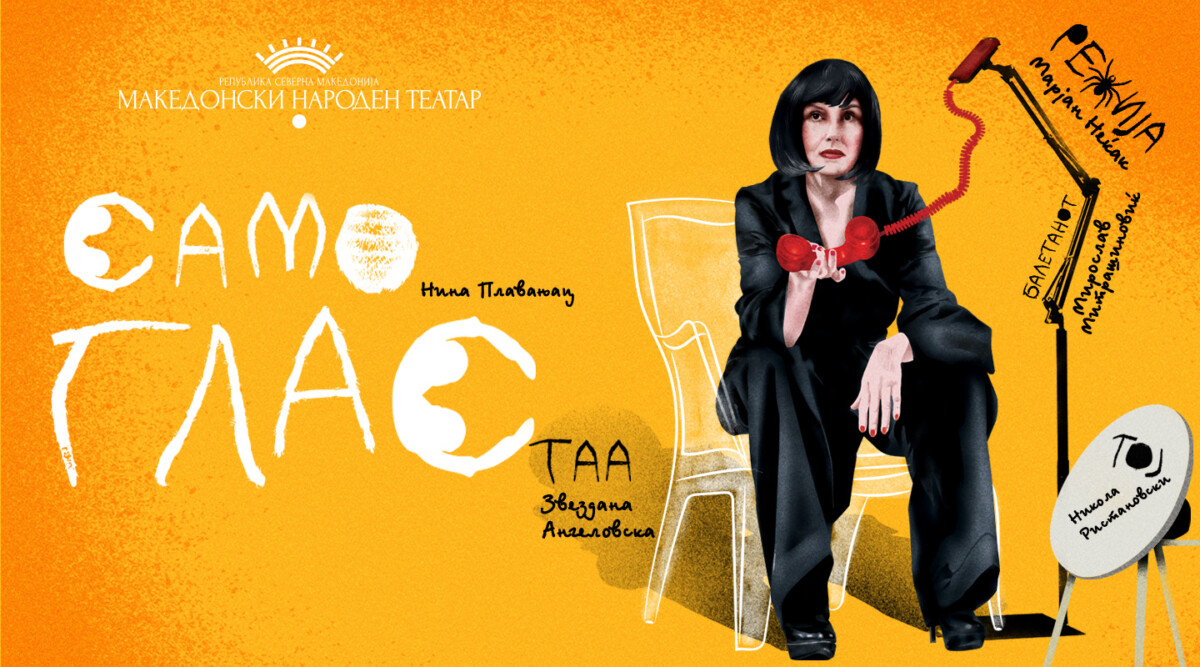 The Macedonian National Theater with the play "Only Voice" will be a guest at the 29th Risto Shishkov Chamber Theater Festival. The play will be performed on September 11, starting at 19:00 on the stage of the Anton Panov Theater, Strumica.

In addition to MNT, the festival this year will feature ten productions from our country and abroad, including theaters from: Serbia, Bulgaria and Croatia.

This is the third festival presentation for MNT and the play "Only Voice", and the next guest appearance of the communication modern drama is scheduled for October 12 at the International Theater Festival Joakimfest in the Republic of Serbia.

#shop #scene #culture #Only voice
Сподели
Video of the day

The White House keeps big secrets: It was built by slaves, the main architect was an Irishman and it should not have been white!

PHOTO | Four "unhappy" wedding dresses that should be forgotten

Idea for an idyllic autumn weekend: "Kutmicevica" is the cradle of our tradition, which has been cherished since ancient times

Review: "Hellbound" is a brutal display of human faith and hypocrisy