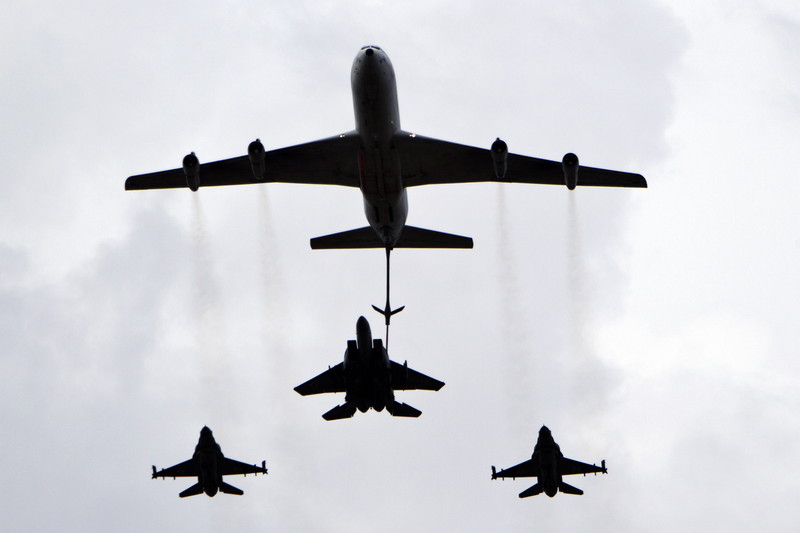 Six American planes F-15 today landed at an air base in Estonia and they will be deployed by the end of next week as NATO strengthens its eastern flank in fear of a possible Russian attack on Ukraine.

NATO said two days ago that it was putting all its forces on high alert and strengthening Eastern Europe with ships and fighter jets, which Russia described as spreading Western "hysteria".

The statement did not mention US fighter jets to be deployed in Estonia.

"Six fighter jets will be deployed by the end of next week," said a spokesman for Amari Air Base in Estonia.

The Baltic states, Estonia, Latvia and Lithuania, once operated by Moscow and now part of NATO and the European Union, do not operate fighter jets and rely on NATO oversight of their airspace.

NATO has previously said that Denmark would send four F-16 fighter jets to a nearby Latvian air base in Xiauliai tomorrow.

"The plan is to co-operate with other Baltic allies, to practice air-to-air and air-to-ground maneuvers, in addition to Air policing missions," the allied air command said in a statement.

Tensions have risen since Russia gathered about 100.000 troops near the border with Ukraine and surrounded it to the north, east and south.

Britain with the lowest unemployment rate since 1974

The worst crisis in Sri Lanka history: The country has fuel for just one more day