Russian mass attacks on Donbas - Russia sends thousands of troops to occupy Luhansk, "Is a new Mariupol in sight" 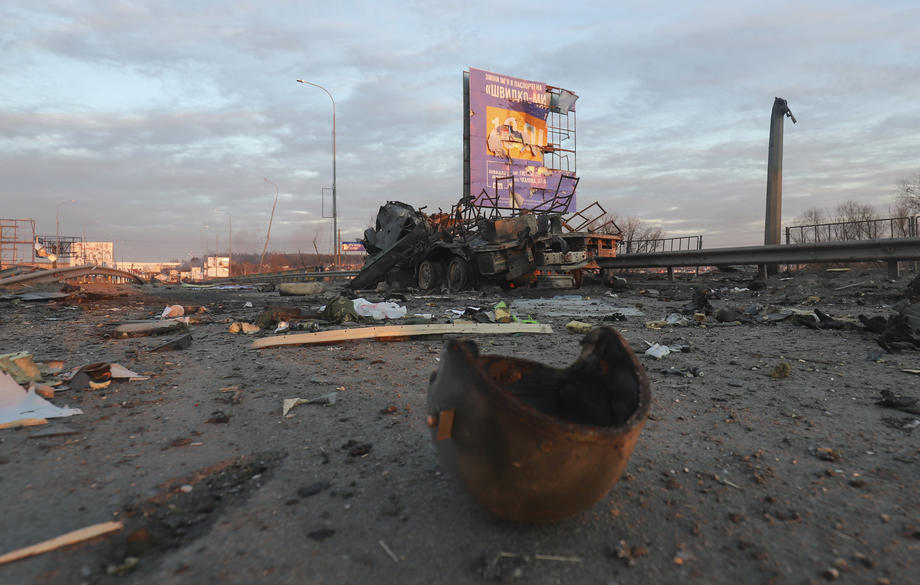 Russian forces have stepped up their offensive in the last "pocket" of resistance around the Luhansk region in the eastern Ukrainian region of Donbass, as the conflict enters its fourth month since the start of a Russian special operation.

North Rhine-Westphalia is under "continuous bombardment" and Russia has sent thousands of troops to occupy the entire region, which is under "massive attack", according to local officials, the Ukrainian army and the British Ministry of Defense.

After the failure of the northern Ukrainian region around the city of Kharkov, Russia turned to Donbas to the east in mid-April and launched a massive artillery and rocket attack along the 480-kilometer eastern front of Ukraine, which Ukrainian authorities called the start of a new offensive extending from Kharkov. in the north to Mariupol in the south.

The head of the regional administration, Serhiy Gaydai, said that Russian forces were attacking North Khodrovsk almost continuously and that "there were constant reports of destroyed homes in the towns of Popasna and Rubizhno." He said Severodonetsk was under "massive attack", warning residents it was too late to evacuate.

"Severodonetsk is defending itself - the city is completely under the control of the Ukrainian authorities. "The Russians have concentrated almost all their forces, ie 25 battalion tactical groups, to capture the city," the Luhansk governor said.

The Kyiv Independent reports that Russian troops bombed 38 settlements in the Donetsk and Luhansk regions, killing six civilians and wounding as many. The attacks also damaged 63 apartment buildings, including 53 homes, a kindergarten, a bank and a pharmacy.
.

The Ukrainian armed forces confirmed on Facebook on Tuesday that Russian forces were conducting a continuous offensive in the region, adding that "the enemy has opened fire along the entire front line." The British Ministry of Defense in its latest report states that Russia is trying to encircle not only Severodonetsk, but also Lisichansk and Rubizhne to occupy the entire Luhansk region.

"Currently, the northern and southern axes of the Russian operation are separated by about 25 kilometers of territory under Ukrainian control," the British intelligence report said.

"There is strong Ukrainian resistance with forces occupying well-established defensive positions," the report said, adding that Russia had "achieved some localized success, in part thanks to the concentration of artillery units."

The battle for Severodonetsk is becoming a hotbed of war as Russia seeks to seize one of the last major cities in a key eastern province still under Ukrainian control. Lyudmila Denisova, the Ukrainian ombudsman for human rights, said a few days ago that Severodonetsk was becoming the "new Mariupol".

"Part of the campaign to seize Donbass"

"Occupying the 'pocket' of Severodonetsk will put the whole Luhansk region under Russian control. Although currently Russia's main effort, the operation is only part of a Russian campaign to seize Donbas.

"If the Donbass front line moves further west, it will expand Russia's lines of communication and it is likely that its forces will face additional logistical difficulties," the British Foreign Office said in a statement.

In a separate report, the Institute for War Studies said Russian forces had had little success in northern Donetsk and were unlikely to occupy Bakhmut in Donetsk, the region's second most populous city of more than 100.000.

Noting that Russian nationalists - including veterans and military commentators - are increasingly criticizing the failures of Russia's "special military operation", calling for further mobilization, the institute said Russian forces around the town of Izum had stepped up their air and artillery attacks and were likely to try to continue the offensive that is losing momentum.

Russia's operations in and around Severodonetsk have reportedly been less successful in the last 24 hours, driving north through Zolote, a town in the area where Ukrainian forces lost control during the 2014 Donbas war, and some of them now in the "gray zone" between the conflicting parties. The institute also estimated that Russian forces were likely to achieve less success west of Popasna in the near future.

"The Ukrainian counter-offensive northeast of Kharkov continues to threaten Russian positions and force Russia to withdraw units from ongoing offensive units in eastern Ukraine to strengthen its defensive positions near Vovchansky," the US think tank said. counter-offensive.

As Russia focuses on the Donbas and the southern coast, Ukrainian President Volodymyr Zelensky warned on Monday, following reports of heavy bombing, that the coming weeks would be difficult.

"The most difficult fighting situation today is in Donbas," Zelenski said, referring to the hardest-hit cities of Bahmut, Popasna and Severodonetsk.

He said Russia had carried out nearly 1.500 rocket attacks and more than 3.000 airstrikes on Ukraine in the first three months of the war. Speaking at a conference in Davos, Zelensky complained that the Russian army in Donbas had "20 times more equipment than the Ukrainian one."

- We lack equipment because we are fighting against such a big country and a big army. They now have 20 times more equipment in Donbass. "Just imagine how strong our troops are, what kind of people we have," he said during a conference in Davos.