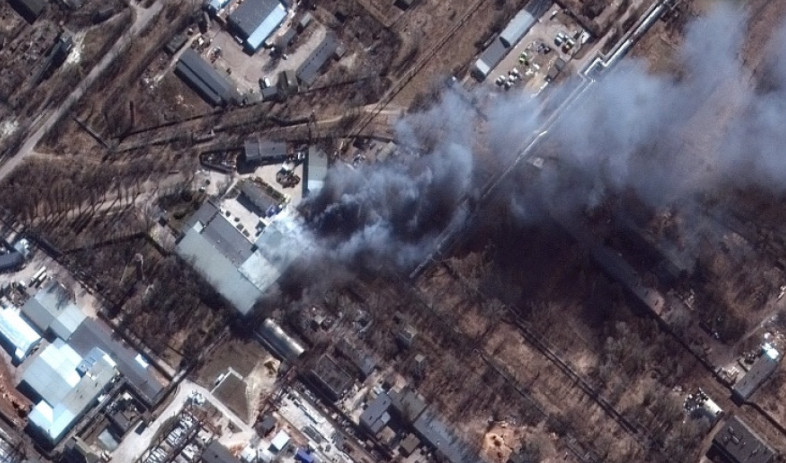 The Russian military says it has bombed a military convoy near Kyiv, the DPA reported.

"High-precision missiles launched from the sea were used to destroy weapons and military equipment of the 10th Ukrainian Assault Mountain Brigade from Ivano-Frankivsk at the Malin railway station in the Zhytomyr region, which were to be transferred to Donbas," a Russian ministry spokesman said. for defense Igor Konashenkov.

Ukrainian sources reported the bombing of the small town the night before, reporting one casualty and several injured.

Konashenkov also cited a number of Russian missile and air strikes in the eastern Ukrainian region of Donbass, while presenting the latest report on the situation. There, he said, targets were shelled in the villages of Bahmut, Soledar, Berestove, Liman, Nirkove and Zakitne.

In addition to command posts, ammunition depots and military concentrations, the major general cited "traffic junctions" as targets. These were probably the railway stations in the cities, DPA reported.

According to Russian sources, the airstrikes killed more than 230 Ukrainian soldiers and disabled 33 military vehicles. In addition, three fighter jets and 13 drones were shot down by Russian air defenses.

These figures can not ce check from independent sources.

VIDEO: The tribune with the audience collapsed, the bull came out of the arena and ran towards the city

VIDEO REPORTS FROM UKRAINE: The desire to help the forgotten is greater than the fear

Scholz: I will decide whether to attend the G20 summit if Putin is present

Moldovan pessimistic forecasts - In the EU for a decade or two, and maybe never

VIDEO | Andonovic: For the first time since the start of the war, Putin travels outside Russia - Ankara announces it will not impose sanctions on Moscow