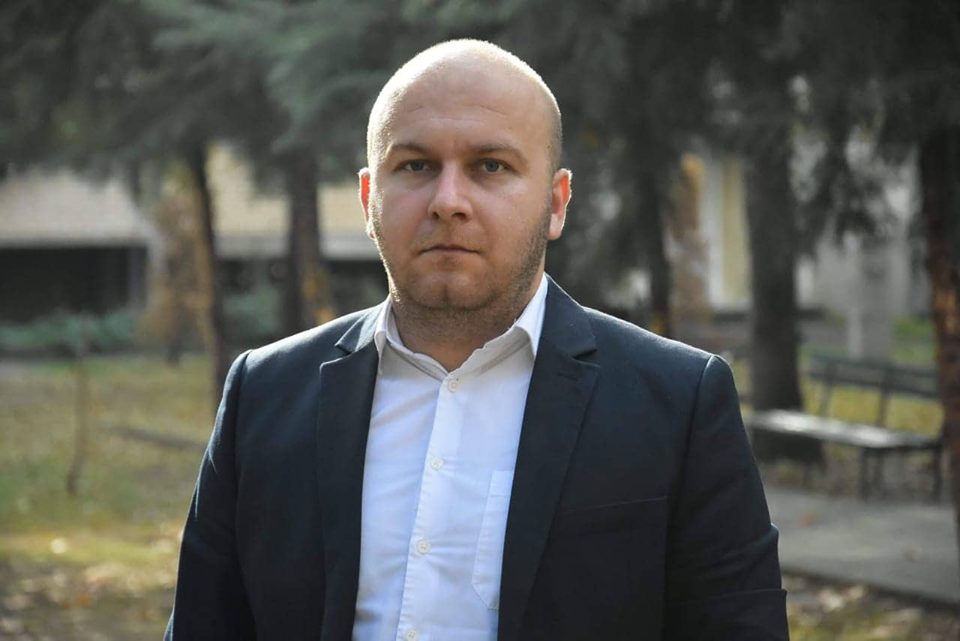 Exactly that axis: Moscow-Budapest-Belgrade with its arms in Sofia (Karakachanov, Radev, Kostadinov) and in Skopje (Apasiev and Mickoski), will constantly work on the case that Macedonia and Bulgaria are constantly in bad relations and, God forbid, Sofia, on the other hand, reaches for madness and once again (mis)uses the veto instrument and once again hinders our European integration.

In the past few years, during my public appearances, whether on television or for written media, whenever I treated and gave an analysis of the Macedonian-Bulgarian "dispute", which resulted in the unfortunate veto of official Sofia before our European integration processes, I tried to give a a broader picture of the events so that the less informed, the misguided and the people who only react emotionally-reflexively, can understand the great geopolitical game and which global powerful actors are behind the famous Bulgarian veto, from which our western neighbor Albania, in the end, came out as collateral damage. When you look at the political actors on both sides of the border who inflame passions the most, sensitize the topic in a negative context, inserting nationalist connotations, you will realize that these are the same actors with overwritten party-political ideologies, with almost the same way of functioning and with a very similar, copied vocabulary and rhetoric of action.

These are openly pro-Russian, anti-NATO parties that present themselves as the greatest patriots, protectors of state and national interests, but in essence they are only ethno-populist parties that use the accumulated frustrations and anger of the citizens in both Macedonia and Bulgaria, especially abusing the the national sentiment about lost historical battles or national historical traumas. Unfortunately, they do it successfully and skillfully.

The latest provocative, nationalist, to say the least unfriendly statement, which first destroys all good tones and moral sections of personal culture, then violates all international legal rules of diplomacy and diplomatic society, is Kostadin Kostadinov, the new Krasimir Karakachanov, who is gaining more and more support from Bulgarian voters and citizens. He is the leader of the openly nationalist and ethno-chauvinist party "Rebirth", who declared at the opening of the official Bulgarian state cultural and information center in Skopje that "Macedonia is Bulgarian and that we are one people in two states", i.e., the caricature-ridiculous decade-long mantra of every frustrated, nationally complex ordinary Bulgarian with an IQ lower than that of a subpopulation. And, as if according to a script, on tape, immediately our media were startled, violently reacted and scandalized, making that statement "the event of the day", so all the TV dailies and news on the national televisions started with that unfortunate, controversial statement.
Yes, it was rightly reacted, because it is a statement from a Bulgarian MP and the leader of a serious parliamentary party, which, firstly, expresses territorial claims and, secondly, denies our national and state identity, but I think that the journalists got caught and stepped on this beautifully packaged and placed Russian land mine in the middle of Skopje. This unfortunate person came uninvited to this event with exactly that intention – to make such and such a statement, knowingly causing such reactions. It is as if one of our politicians went to the opening of a Macedonian cultural club in Sofia or Blagoevgrad, whatever, and made a statement in front of the Bulgarian media that "Bulgarian women in Europe are best known as prostitutes for two reds" and that "Bulgarians are recognized worldwide and known as petty pickpockets.' It is known after such a statement that it will cause, what will be the reactions from the official representatives in both countries.
And all of that was cooked up by the Kremlin kitchens, because with those statements, the issue of Macedonian-Bulgarian disastrous relations will forever be kept open, tension, anger, discord and hatred will be constantly kept on alert. It is the interest of Putin's Russia, of official but also underground military-intelligence Belgrade, if you like, of official Budapest. Exactly that axis: Moscow-Budapest-Belgrade with its arms in Sofia (Karakachanov, Radev, Kostadinov) and in Skopje (Apasiev and Mickoski), will constantly work on the case that Macedonia and Bulgaria are constantly in bad relations and, God forbid, Sofia, on the other hand, reaches for madness and once again (mis)uses the veto instrument and once again hinders our European integration.
On the other hand, my information (well briefed) from "foreign services and yellow vans" says that these very characters, among other things, COMMUNICATE DIRECTLY with each other or through their associates from the closest environment. It is the greatest tragedy, as well as a parody of today's current Macedonian-Bulgarian relations in the modern twenty-first century!

The last battle for Europeanization!

That is, ladies and gentlemen, friends. Basically, that is the whole truth and the big picture of all this that has been happening to us for the past three years and we have witnessed with our eyes and ears. What a Gotse Delchev, what a king Samoil, what five leva or denars. In fact, we are talking about levs or denars, more precisely, rubles and forints, but in millions. These puppets on strings are tele-controlled by their puppeteers to do what they are doing and will continue to do in the coming period, in the years to come, especially if next year Macedonia actually, in practice, starts the European negotiations and opens the first of thirty and the six chapters in the next stage of European integration. We will see more and more "incidents", we will hear more and more such scandalous statements, such as that of Kostadin Kostadinov, and we will see either openings or attempts at such "cultural clubs" with controversial names of collaborators of the Third Reich or historical characters who have an absolutely negative role in the state-legal and national development of the state.
But we, as a mature society and a mature nation, should be ready to overcome all this like small children's pox and not allow it to poison our state and social organism. Because the Russian virus, after all, is very dangerous. The so-called French proposal, which was rightly met with a knife by the public here, is essentially a bulldozing of American foreign policy by Secretary of State Anthony Blinken at the NATO summit in Madrid, as a last ditch effort to drag Macedonia (along with Albania) from the grave in which the Russian-Serbian foreign policy, together with our internal subcontractors, has been held for these thirty years and finally put on the rails on the road that leads to Brussels and to the modernization and Europeanization of a deeply rotten, to the bone corrupt and criminalized, institutionally paralyzed , an economically devastated and stolen and culturally zombified society. Before us is the last chance to make a decent and worthy place to live. Missing it will be solely our fault. Of course, we will not admit it and, like infantile teenagers, we will look for the blame elsewhere!

The author is a political scientist