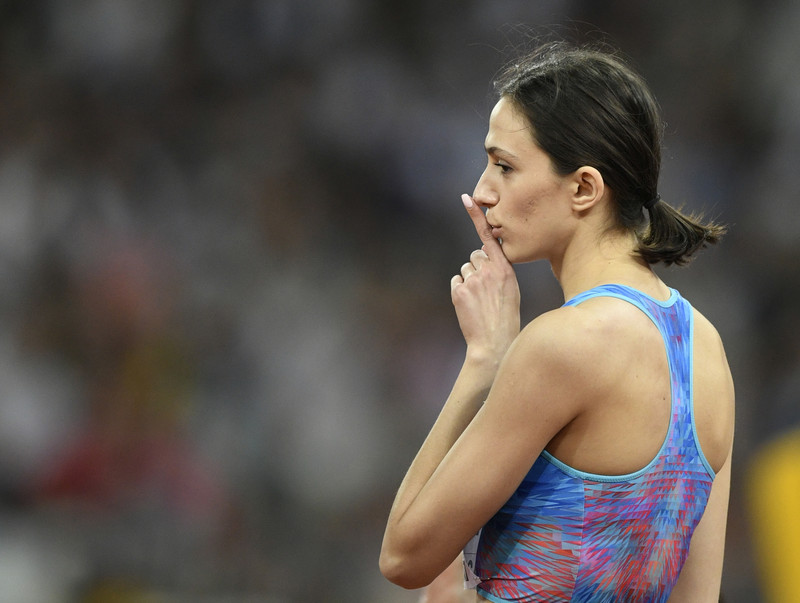 The Olympic champion and three-time world champion in high jump, Maria Lasitskene, who always speaks without a hair on her tongue, attacked the president of the International Olympic Committee (IOC), Thomas Bach, for being a hypocrite and leading a hunt against Russian athletes.

Lasitskene, who in the past has openly criticized the leaders of Russian athletics who have done nothing in the fight against doping, is now demanding that the ban on Russian athletes from participating in international competitions, which was introduced after the Russian military invasion of Ukraine, be lifted.

Lasitskene attacked Thomas Bach, whom he accused of introducing a ban on the participation of Russian athletes in international competitions and opening a new conflict within the sport that will take time to bring under control.

Namely, the Russian woman called Bach a hypocrite because of his claims that the ban on the performance of Russian and Belarusian athletes was due to their own insanity.

- Bach claims that the security of Russian and Belarusian athletes will be threatened at competitions, while at the same time we see that Russian tennis players travel all over the world and have no problems, except in the United Kingdom. It is better for Bach to say to all Russian athletes: You are all responsible for what is happening and for that you are punished. But don't tell them that they are suspended for their safety - says Lasitskene, who asks Bach to tell the truth.

– Why are things twisted? Everyone knows that I do not compete in international competitions because I am Russian. That is the main message of my to Bach. Tell the truth, no need to lie that you care about us. Just say that we are all guilty - said Lasitskene to RIA Novosti.