"The Russians have concentrated almost the entire army, the attack on Ukraine can start at any moment." 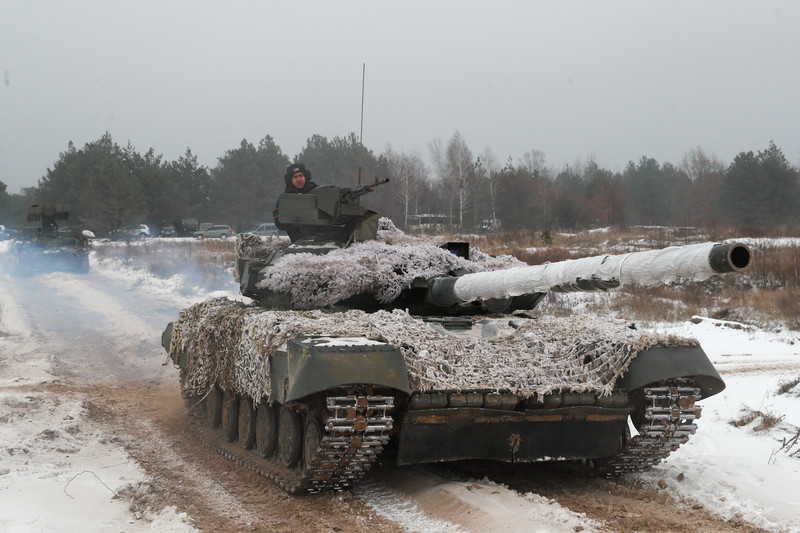 Ukraine has warned that Russia is "almost done" with concentrating troops near the border. These forces could be used for an offensive in Ukraine, raising fears that Moscow could launch an invasion at any moment, writes CNN.

According to the latest intelligence estimates of the Ukrainian Ministry of Defense - Russia now has more than 127.000 troops in the region.

"The full force of the Russian ground forces on the Ukrainian route is over 106.000 troops. "Together with the naval and air components, the total number of Russian military personnel is over 127.000 troops," the estimate said.

The current situation is called "difficult" and it is stated that Ukraine considers the deckand Russia "is trying to divide and weaken the European Union and NATO," transmits CNN.

Russia's actions are also "aimed at limiting US capabilities," "to ensure the security of the European continent," the statement said.

The assessment comes after three rounds of diplomatic talks between Russia and the West aimed at de-escalating the crisis failed to reach a solution.

US Deputy Secretary of State Wendy Sherman said It is not clear whether Moscow intends to use the talks as an excuse to claim that diplomacy can not work. .

Ukraine's military intelligence service says Russia has deployed troops from its central and eastern regions to the western border "on a permanent basis".

In late December and January, Russia transferred "stockpiles of ammunition, field hospitals and security services" to the border, the statement said, "confirming preparations for offensive operations" against Ukraine.

The new assessment also says that Russia supports more than 35.000 insurgents in eastern Ukraine and has about 3.000 of its troops on rebel territory. Moscow denies having military forces in Ukraine.

Russia's intelligence activity against Ukraine is also estimated to have intensified, with additional radio and satellite traffic units deployed near the Ukrainian border, and reconnaissance flights along the border have tripled since last week.

The Ukrainian military says Russia can use medium-range missiles to "destroy vital facilities", adding that "additional tactical groups of operational-tactical missiles have been transferred from Iskanda to the border."

A Ukrainian document warns that a potential new front line has now been set up along its northern border with Belarus, a key Kremlin ally.

"Belarus's territory should be considered a full-fledged area of ​​operations that Russia could use to expand its aggression against Ukraine," the document said.

US State Department officials on Tuesday expressed concern that the growing presence of Russian troops in Belarus had increased their operational capabilities along the border with Ukraine.

"We have seen warning signs that the dynamics inside Belarus are allowing Russia to continue to attack Lukashenko's own vulnerabilities," an unnamed US official said.

"The Russian military's plans to launch operations in the weeks leading up to the military invasion are something we have been closely monitoring, and we estimate that this could happen at any time between mid-January and mid-February," said a senior State Department official. .

СThe United States is watching closely whether Lukashenko still has power in his country - or whether decision-making has largely shifted to Russia.

Belarus has risen "Destabilizing actor in the region", assessed the first representative of the State Department, pointing to a series of recent actions such as causing a migrant crisis on the Polish-Belarusian border, arresting activists and detaining more than 900 political prisoners.

Ukraine's intelligence comes at a time when former President Petro Poroshenko told CNN that "the whole world should be united against Putin" and that Ukraine should be allowed to join NATO.

The billionaire from the presidency led Ukraine from 2014 to 2019, taking power immediately after Russia invaded and annexed Crimea and seceded from Ukraine. Poroshenko was defeated in the presidential election by incumbent Vladimir Zelensky.

"It is absolutely necessary that there be international solidarity and unity against Putin," Poroshenko said, adding that Western countries should not trust the Russian leader. He also called for increased international sanctions against Russia.

He called the idea potential invasion of Ukraine "crazy decision". сnoting that the international community should increase the price Putin will have to pay if Russian forces cross the Ukrainian border.