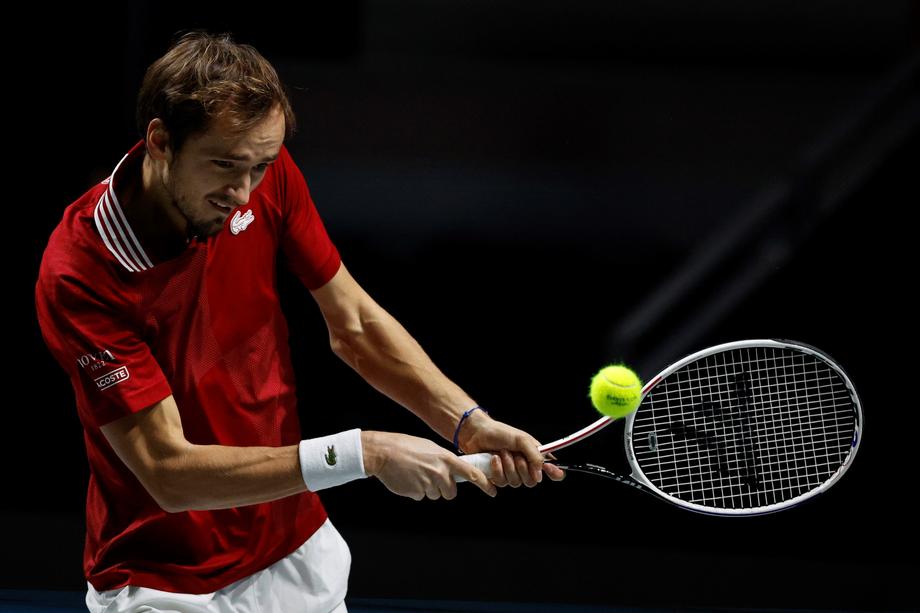 Russia's tennis team secured a place in the Davis Cup semifinals with a 2-0 victory over Sweden. For a place in the final, the Russians will play against Germany.

The first point for Russia was brought by Andrei Rublev, who beat Elias Imer 6: 2,5: 7,7: 6, harder than expected.

The events on the field indicated an easy triumph of Rublev, the Russian routinely won the first set, and in the second set he first regained the lost service and made another break for a 5: 3 lead. But when he was serving for the victory, Imer played and won four games in a row and took the match to the decisive third set.

In the third set, Rublev was confident of his serve, but did not manage to break the resistance of Imer, who managed to save seven break points and fought for a tie-break. In it, Rublev kept his composure and managed to celebrate with 7: 3 for the first victory of Russia.

In the second match, the second tennis player in the ATP rankings, Danil Medvedev with 6: 4,6, 4: XNUMX, managed a routine victory over Mikael Imer and scheduled a semifinal match with Germany.

Serbia and Croatia will play in the second semifinal.

Miami Masters director invites Djokovic: Novak is not a criminal

Collins will face Barty in the final of the Australian Open

Barti Express, in 62 minutes, beat Keys and secured the semifinals of the Australian Open

Ana Cvetanovska is the Macedonian representative at the Beijing Games: When I started, I did not even dream that I would come to the WOG

Josko Milenkoski is the new coach of the Montenegrin volleyball team