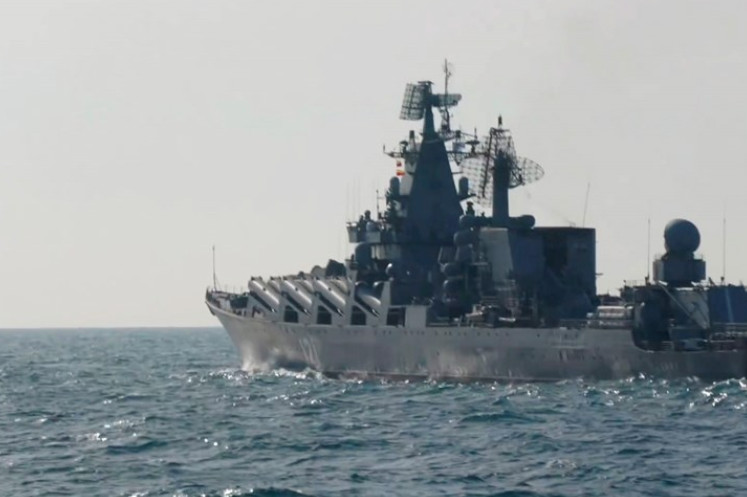 Russia announced that she had found the big one assault landing craft, which its crew self-sunk after being damaged by a Ukrainian missile in the port of Berdyansk on March 24.

Vladimir Rogov, an official appointed by Russia to be responsible in southern Ukraine, wrote on the Telegram channel that then ballistic missiles "Tochka-U" hit the port under Russian control.

- The crew sank the ship to prevent possible detonation of the ammunition that was on it due to the fire, said Rogov.

Even then, Ukraine reported that it had hit an assault landing ship, and Russia only confirmed the event today.

Reports from Russia did not give details of the damage to the ship, but the official said the vessel would be taken to Kerch, in Crimea, the Black Sea peninsula annexed by Russia in 2014.

In the report of the Ukrainian army about the missile attack on March 24, it is written that the ship was called "Orsk", but the ship that Russia pulled out is "Saratov". The ship "Orsk" is also one of the six landing ships of the Russian Black Sea Fleet.

The navy website kchf.ru confirmed that the Saratov was damaged and sunk in port on March 24, but did not mention any Ukrainian missile attack.

The ship was "damaged due to the fire and the explosions that were caused by it", the site states, which contradicts the version of events given by Rogov.

"The ship's hull was damaged and the ship sank in the anchorage," the navy's website said.