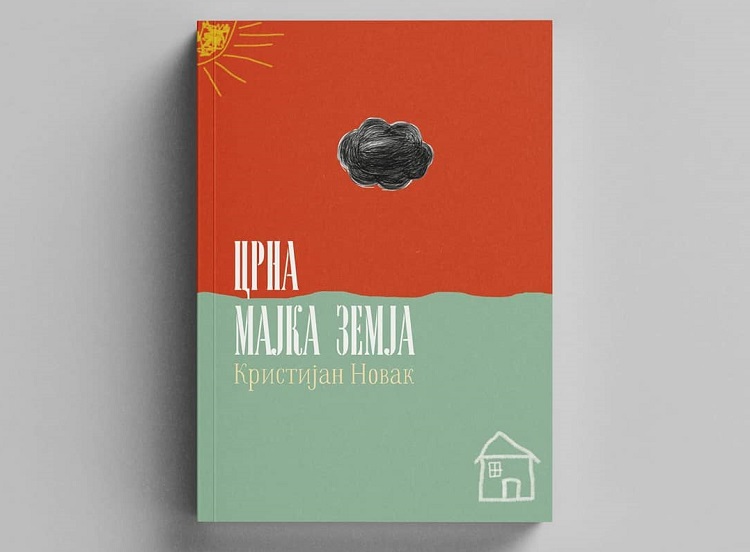 The novel "Black Mother Earth" by the Croatian writer Kristijan Novak has been published these days. The translation from Croatian is the work of Saso Ognenovski, and the novel is published by "PNV Publications".

It is a powerful and, at times, tedious story about the young and successful writer Matthias, who tries to overcome the creative, but also the love blockade, a process that will lead him to the painful and repressed traumas of his childhood. A life filled with lies and false memories suddenly turns upside down, so Matthias will have to face the ghosts of the past.

The book is the winner of the "Novel of the Year" award given by the Croatian "Tportal". The novel has been translated into many languages ​​and has been placed in the list of the ten best Croatian novels in the last 50 years.

- Novak illustrates the complexity of the philosophical concept of truth (and lie) through the heterogeneous structure of the novel, which consists of five non-chronologically arranged chapters, which deal with different versions of truth or, more precisely, show how the existential truth of the main character is changes depending on who and when perceives and interprets it - states Ljubica Matek.

Kristijan Novak (1979) is engaged in research in the field of contact linguistics and historical sociolinguistics. He is the author of three novels: "Hanged" (Insula, 2005), "Black Mother Earth" (Algorithm, 2014) and "Gypsy, but the most beautiful" (Ocean Sea, 2016).