Novel of the Year: Strong competition for the prestigious award 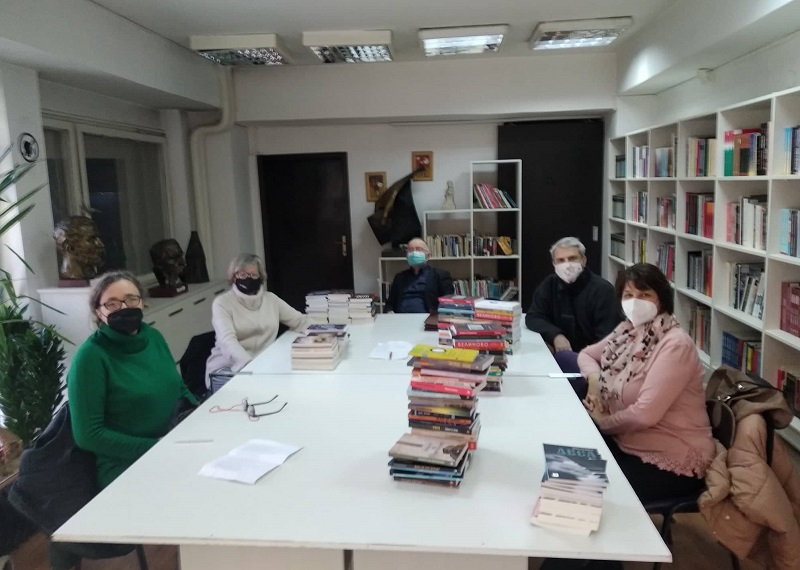 The Foundation for the Promotion and Promotion of Cultural Values ​​"Slavko Janevski" has started the process of awarding the literary award "Novel of the Year", which over the years has become a respectable and relevant selection of the best works of novel production.

Therefore, the Foundation announced that 2021 works applied for the award that will be given for the best novel in Macedonian language published during 39. The jury that will select the works in several reading circles and in the end will choose the winner of the "Novel of the Year" for 2021 is composed of: Vladimir Jankovski (president), Katica Garoska Acevska, Ermis Lafazanovski, Liljana Pandeva and Katerina Bogoeva (representative of the Foundation).

The jury is obliged to announce the winner of the award no later than March 15 this year. The "Novel of the Year" award, whose general sponsor is "Komercijalna Banka" AD Skopje, is awarded for the 23rd time this year and consists of a plaque, original statuette and a monetary amount of 150.000 denars.

The exhibition "Country" by Bojana A. Trpceska will be presented in Prilep

Art theory put in function of building a better future

SJF Records will promote the debut release of Pian Nightingale

MNC ICOM holds a conference on "The Power of Museums"

The exhibition "Feasts for the Living, Ancestors, Gods and Saints" is set in the Museum of RSM