Roger Waters of Pink Floyd, 78, got married for the fifth time and said: I will keep this woman 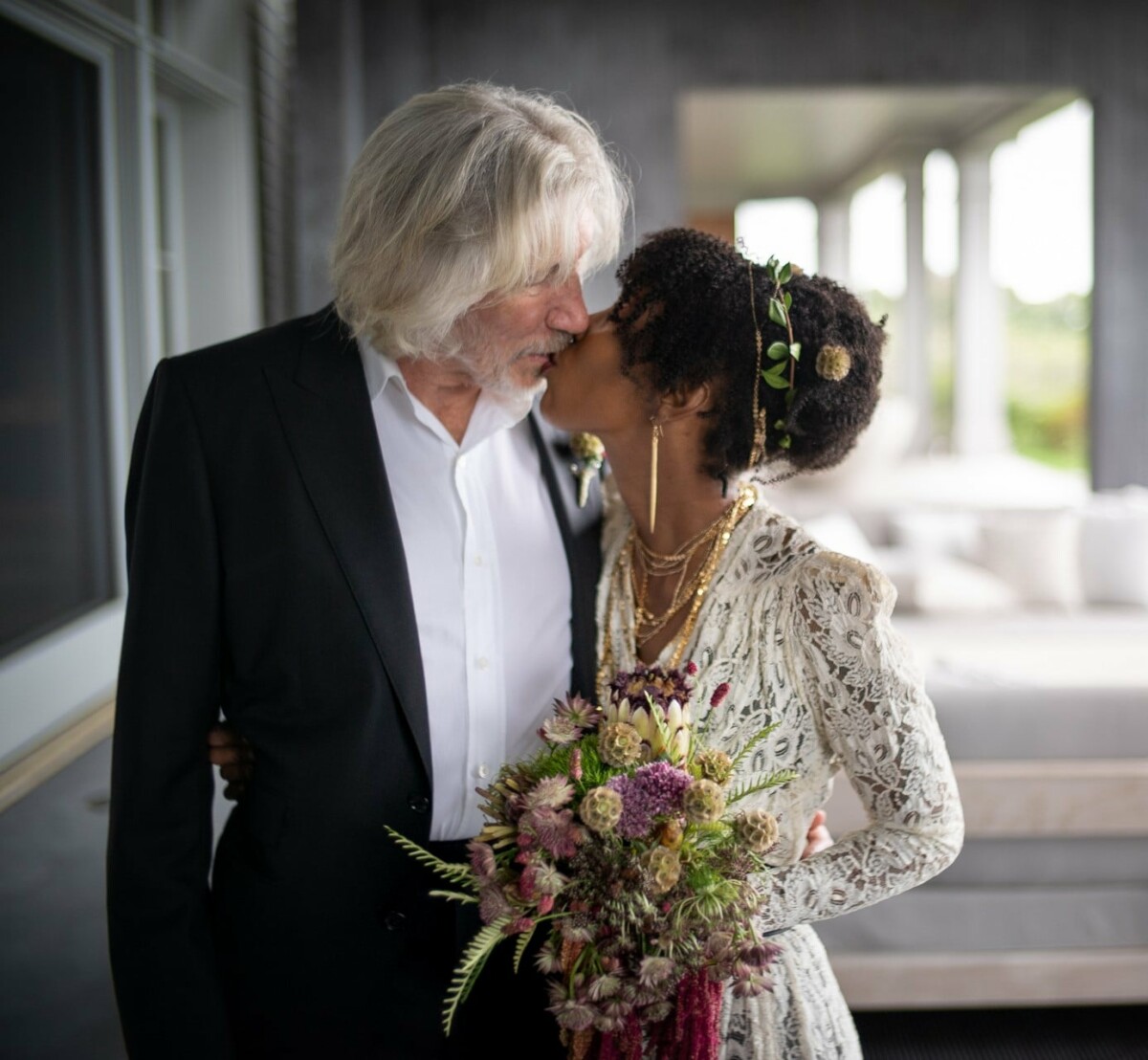 The legendary member of "Pink Floyd", Roger Waters (78), got married for the fifth time. His fiancée is longtime girlfriend Camilla Chavis, and the wedding took place on a property in Bridgetton, near New York, which the famous rocker bought in 2010 for $ 16,2 million.

Excited to finally find a soul mate, Waters wrote on social media: "I am very happy! "Finally the woman I will keep."

At the wedding, Camilla wore a beautiful white lace wedding dress, while Roger was very elegant in a black suit.

Waters, whose fortune is estimated at $ 130 million, revealed in 2018 that Camilla met him a few years earlier at a show when she was driving the car he took back to the hotel after the concert.

Besides, not much is known about the new lady, because the couple pays a lot of attention to their privacy.

In a 2018 interview, Waters said: "We are not married yet, but we have been together for several years. I met her at one of my concerts a few years ago. She works in transport. He was driving the car I was returning from the concert with. My bodyguard sat in front of her and they talked while I was in the back seat. "Something strongly attracted to her."

He also described the words he used to seduce her: "I asked her, 'Has anyone already told you that you have very beautiful facial bones?'"

They first appeared in public as a couple in 2019 at the Venice Film Festival, and they got engaged earlier this year.

Kanye does not give up: A desperate attempt to win Kim back with an emotional photo

Madonna in attack and defense: We live in a culture that allows every inch of a woman's body to be shown except the nipple

Petar Grasho with a performance in Strumica: Will the singer come with his new girlfriend?

Who wants to congratulate: Doctor Goran is positive for the coronavirus

The Beatles tried to film "Lord of the Rings", but… J.R.R. Tolkien rejected them

PHOTO | Aleksandar Mitevski congratulated his daughter on her birthday: "My child has grown up"

VIDEO | Teresa Kesovia sang a chanson to the French, President Macron delighted in her