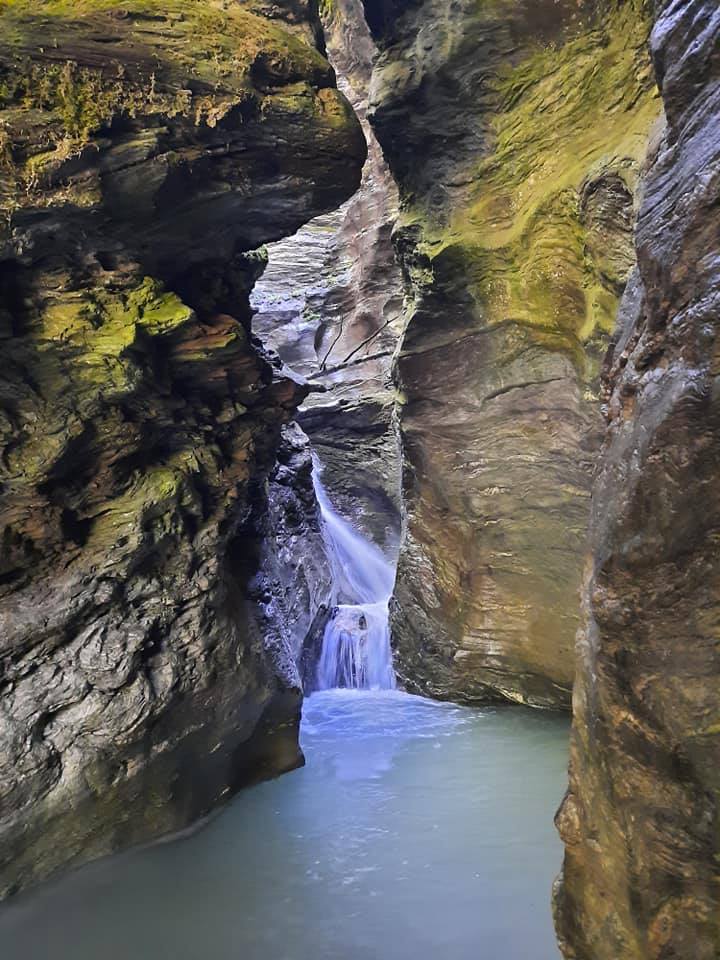 Until just a few years ago, Lesnica was visited only by nature lovers, hunters and loggers. Then it was discovered by mountaineers and cyclists, and on the widened forest road today picnickers and curious people come more often, often with vehicles.

Located deep in the bosom of the Shara mountain range, the alpine Leshnica Valley was until recently a treasure visible and accessible to the few. Packed with lush and clean mountain rivers, noisy waterfalls, steep slopes overgrown with centuries of dense pine and beech forest and jagged rocky mountain peaks, all visitors are captivated by the picturesque landscapes, so the nickname "Macedonian Switzerland" fits well.

To reach Leshnica, first pass the characteristic landscapes of Shara with wide mountain pastures and peaks of over 2.000 meters above sea level. Behind them, deep down where the Sharplanin flood waters flowed into the granite rocks and where Sharr Mountain literally cracked - the hazelnut valley was created at that place. The Pena River springs in it, which is fed by several tributaries, and all of them spring at the foot of the highest Shar peaks - Titov Vrv, Krivoshija, Plat, Sreden Kamen and are fed by the snow that often stays on these peaks until the beginning of the summer months.

The waters of the Leshnica rivers created several waterfalls, including the waterfall of the upper Leshnica, at the foot of Titov Vrv, Krivoshija waterfall and the famous Krivoshija baths, a system of huge depressions in the rocks through which waterfalls fall tens of meters down.

Lesnica can be approached from the side of Popova Sapka through the mountainous areas of Smreka, the peak Plat and Gorna Lesnica, along the forest road 12 km long or from the side of the mountain village Bozovce, about 20 km from Tetovo, from where the climb on foot or with horses lasts about two hours.

Until recently, the hazelnut was Shara's well-kept secret. Until a few years ago, it was visited only by nature lovers, hunters and loggers because it was traveled for at least 2-3 hours either on foot or by off-road vehicle from Popova Sapka. Then it was discovered by mountaineers and cyclists, and on the widened forest road today picnickers and curious people come more often, often with vehicles.

The picture of Lesnica today is completely different. Beauty today is threatened by excessive deforestation, overcrowding and lack of culture of some visitors, but mostly by the construction of several small hydropower plants, low-power energy projects, but with great devastation to the fragile ecosystem of the mountain oasis such as Leshnica . In parallel with the started process for declaring Shar Mountain a national park, which entered the final phase at the beginning of this month, the construction of two of the three planned small HPPs in the heart of Leshnica is in full swing.

The pipes in which the waters of the mountain rivers will disappear have already been brought, and thus the trout, shrimp and all other representatives of the wildlife of the Lesnicka and Krivoshijska rivers.

- In these pipes they will bury the river which means life for us and for the animals and plants from our area - says a resident of the village Bozovce, a mountaineering guide, photographer and nature lover, who asked us not to publish his name because his efforts to save Lesnica brought him powerful enemies, who threatened to lose his job.

He recalls similar examples, not only on Shar Mountain, but also in other parts of the country, where mountain rivers trapped in kilometers of pipes have left desolation behind and changed the face of the mountain forever.

The area of ​​upper and lower Lesnica is included in the proposed map of the future national park Shar Planina, and during September the Ministry of Environment organizes a series of public hearings that should result in the final delineation of the protected areas of the national park and thus should put an end to the unplanned and unscrupulous exploitation of natural resources on one of the most beautiful mountains in the Balkans.

According to its characteristics, Lesnica should be one of the areas with strict protection, but in reality it is one of the disputed points around which spears are broken between the conservationists of the biodiversity of Shar Mountain and the business behind the small hydropower plants. That is why, on the field, on Lesnica, a kind of race is currently taking place with the time in which the investors of the small HPPs, who have received concessions for their construction, are building fast, before the draft law for declaring Shar Mountain a national park. and thus finally draw all the lines that will delimit the protection zones of this mountain.

And while the trucks and excavators are slowly erasing the primordial peace of Leshnica, forever changing its face, new and more and more visitors come to admire it. Some of them are found from the pictures of ruined riverbeds, but also from the piles of garbage left behind by unscrupulous visitors.

"How simple and uncultured do you have to be to make a landfill of this nature?", Ask citizens on social networks where last week photos were shared of garbage scattered along the river banks of lower Lesnica. 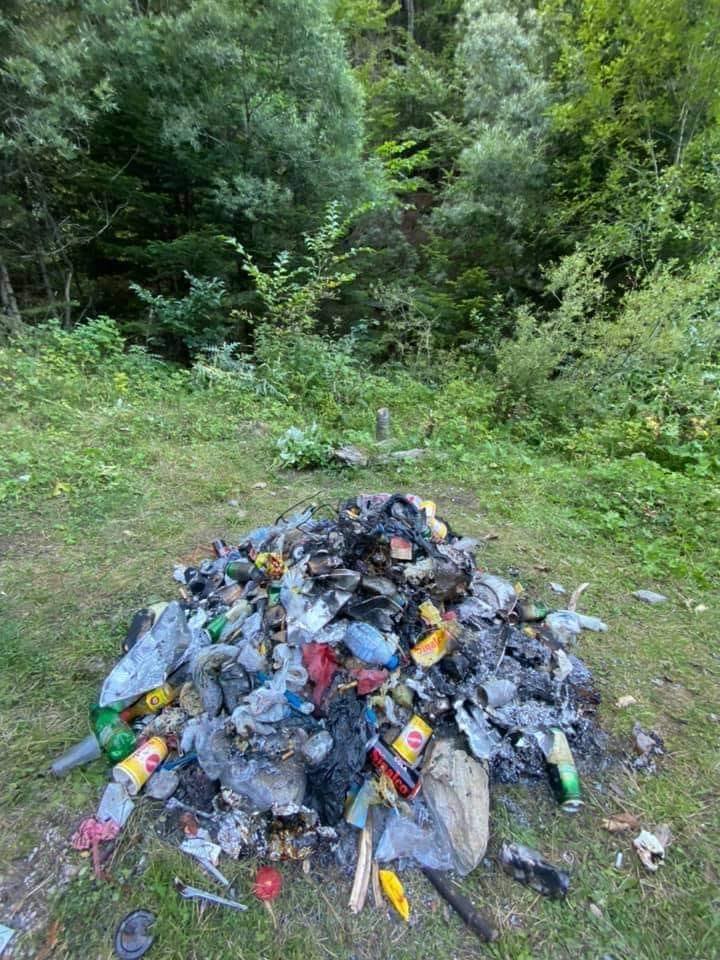 At the end of the weekend, however, after the noise of the weekends subsided, several residents of the nearby village of Bozovce came to collect the garbage left in Lesnica.

"I wonder why campers and visitors leave their rubbish here, as if they expect communal workers to come to Leshnica to collect it," said Servet Dauti, who came with his friend Shain to clean up Leshnica.

"We appeal to everyone who comes here to take their garbage with them."

Shar mountain - unitsbut of the most important areas for nature conservation at national, regional and European level

Part of Shar Mountain is included in National Emerald Network, which arises from the obligations of the state for the implementation of the Convention for the Protection of Wildlife and Natural Habitats in Europe (Bern Convention), says the letter of the Ministry of Environment regarding the final phase of declaring this mountain a national park - preparation of the law for its promulgation.

Shar Mountain is also potentially future Natura 2000 areaThe letter states that the proclamation of Sharr Mountain National Park will contribute to advancing the implementation of the Aichi Convention on Biological Diversity (CBD) and other nature conservation conventions (Bern, CITES, Bonn, Ramsar, etc.). .), progress in fulfilling the goals and actions of the National Strategy for Nature Protection with Action Plan (2017-2027) and the National Strategy for Biodiversity with Action Plan for the period (2018-2023), progress in the implementation of the EU Housing Directives and birds, promotion of cross-border cooperation in the field of nature protection with Kosovo and Albania, development of ecotourism and local economy, etc.