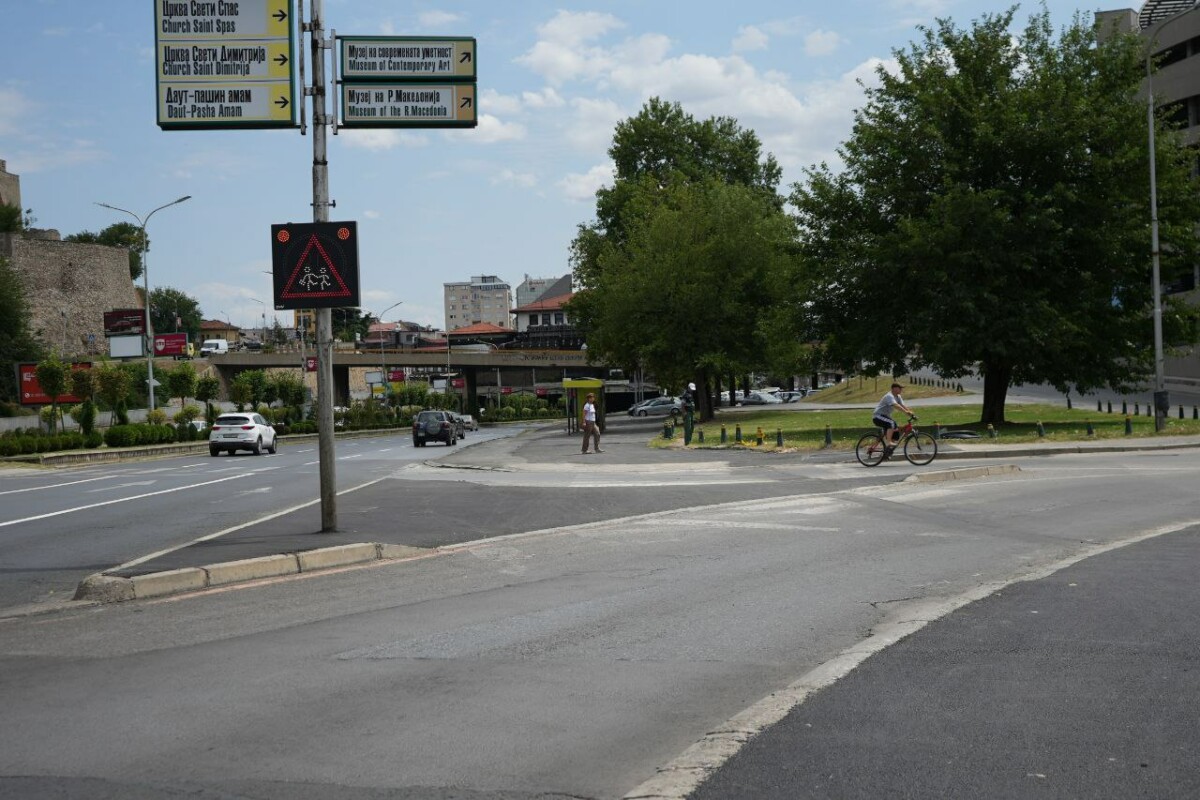 The teams of PE "Streets and Roads" recently reconstructed the pedestrian and bicycle path along the Gotse Delchev boulevard, on the stretch from the "Most" Department Store to the triangle near the "Goce Delchev" bridge, on the side of the multi-storey garage, the City of Skopje informs.

- The pedestrian and bicycle path was reconstructed by order of the City of Skopje and is asphalted on a total area of ​​1.800 square meters, which includes two pedestrian islands. During the construction works on this stretch, the damaged becaton tiles and crushed asphalt were removed, a buffer layer and curbs were placed, a manhole was reconstructed and leveled, and a new asphalt mass was applied. In the coming period, work will be done on the reconstruction of the pedestrian and bicycle path along Gotse Delchev boulevard and on the Kale side - the City of Skopje explains.

Municipality of Centar: No court has determined that the plan is illegal, "Shansa za Centar" should not manipulate

Centar allowed the construction of the second building at "Holiday Inn", from "Shansa za Centar" they claim - the plan is illegal!